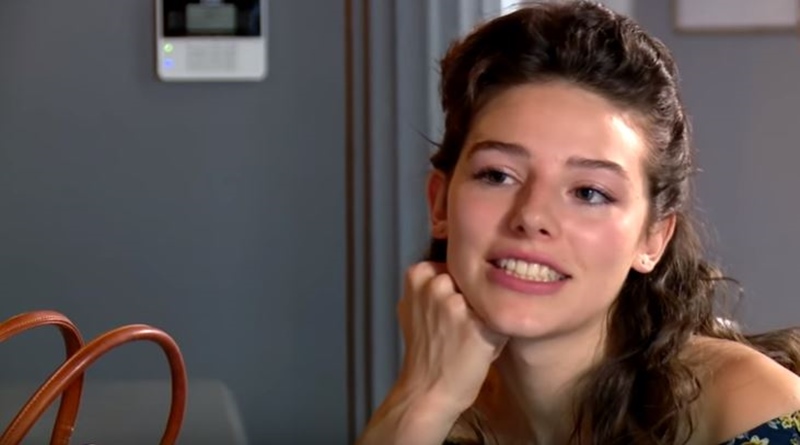 90 Day Fiance fans recall that Evelyn Cormier was featured in Season 5 of the TLC show. Now, a leaked video shows her celebrating making the Top 20 on Season 17 of American Idol, 2019.  Back in Season 5 of 90 Day Fiance, fans learned that music’s a big part of her life. In fact, she obviously stayed with it to do well on American Idol.

Evelyn released her debut EP, Ghost, on Bandcamp. Since then, she has stayed working on her music. Recently, in January, she posted up the lyrics of her new song, Yard Sale Guitar. Actually, it released on January 7. Evelyn’s the vocalist and it features Eric Wagley on drums. Meanwhile, Brenden Harisaide plays the bass and Patrik Gochez the acoustic guitars. Myron Kibbee accompanies on the electric guitar. Moreover, the track sounds husky and soulful.

Fans of 90 Day Fiance learned in December that she auditioned for American Idol Season 17.  TV Shows Ace reported at the time, that she notified her followers on Instagram. Definitely, the show could be a big career booster for her. In fact, “This show is something that could change Evelyn Cormier’s entire life.” If she made it to the Top 20, that’s pretty good going. Recall that initially, she struggled with her music. Meanwhile, you can listen to her newest song in the video below.

Starcasm were quick to report they spotted Evelyn in the Top 20 photo on Twitter by American Idol. In fact, they pointed out she was seen on the left of the image. Additionally, a leaked video hit YouTube. Once again, Evelyn joins the rest of the finalists running down the beach to the sea in Hawaii. Incidentally, there appear to be a few other familiar faces.

Season 17 of American Idol 2019 premiers on ABC Network on March 3. Fans of 90 Day Fiance can watch Evelyn attempt a big effort to attain stardom. Most them would hope she progresses well. Incidentally, E!News reported that Evelyn and Dave’s relationship’s still going strong.

What do you think of Evelyn Cormier making it to the Top 20? Are you excited for the new season of American Idol?

Remember to check back with TV Shows Ace often for news about American Idol 2019 and 90 Day Fiance.