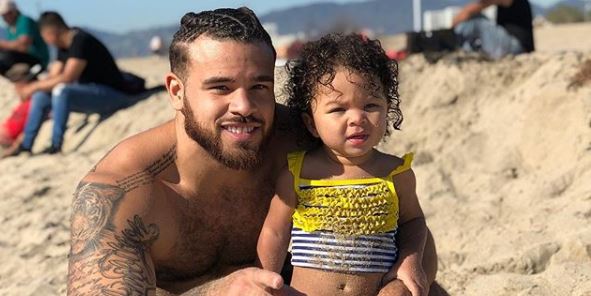 Cory Wharton is new to the Teen Mom franchise. Fans have watched him on the show with his ex Cheyenne Floyd. She is the mother of his daughter and they do get along great. Fans have thought that they would get back together. Now, Cory is sharing that he is back with his ex, but it isn’t Cheyenne.

Cory reconnects with his ex-girlfriend

According to Ashley’s Reality Round-up, Cory is back with his ex from season one of Ex on the Beach. He is actually dating Taylor Selfridge again. They dated before and things didn’t work out. The couple got back together on Ex on the Beach and were together for a bit after the show. That didn’t work out and now they are trying it again. It will be interesting to see if they can make it work this time around.

Why isn’t he with Cheyenne?

Cory did a big Instagram live and he talked to fans about what was going on. They all want to know why he isn’t with Cheyenne. Everyone expected them to get back together at some point. It still could happen, but for now, that isn’t the case. Cory has found love with someone else.

He explained the details saying “Cheyenne’s a great person, a fabulous mother, and I’ll always have some love for Cheyenne but I’m not IN love with Cheyenne. I have to do what I have to do, and Taylor is the person who makes me happy. I’m sorry to disappoint some of y’all…if y’all really want to see me happy, you’ll support me no matter what.” He is making it loud and clear that they aren’t a couple and may never be.

One good thing is that they are still co-parenting together and that seems to be doing well. Cory does say his main focus is his daughter. He is still involved with Cheyenne in the way of being co-parents, but that is all. Maybe at some point, he will decide to get back with her.

Don’t miss watching Cory Wharton on Teen Mom OG when it returns with new episodes. Maybe some of his new relationship will end up being shared on the new season.