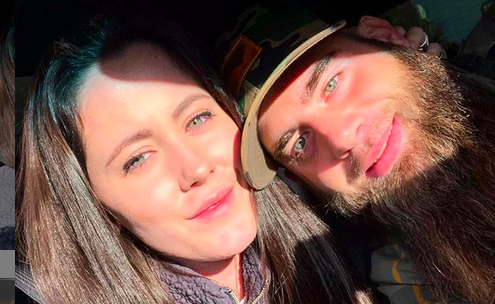 Did Jenelle Evans and David Eason split up? Fans are beginning to think so. We wouldn’t necessarily be surprised based on past rumors about them breaking up. We have yet to receive an official confirmation from Jenelle Evans herself, but we have our reasons to believe they’ve actually broken up. Here is what is going on.

Why does it seem like the couple called it quits?

It all starts on Saturday when Jenelle Evans updates her profile picture on Facebook. She leaves a caption, which says, “Single AF”. This is a pretty clear sign that the two may have split up.

Now, fans are leaving encouraging comments. They are saying that she deserves better than David Eason and that she will find someone way better than him. They are motivating her to get her life back together and find a happier, healthier relationship.

There is a chance that this caption has some other meaning or that it’s simply there to start rumors. From what it looks like, it’s probably her saying that the two have broken up. Because the couple hasn’t always been on good terms, it’s safe to say that many people saw this official breakup coming. It’s not a huge surprise.

Jenelle Evans and David Eason have been married since September 23, 2017. The couple got engaged in February 2017 after having their daughter Ensley together.

Over the past year and a half of the two being married, breakup rumors have been going around. It seems like the couple doesn’t always get along well. They are often fighting and having other relationship problems.

These rumors begin because so many of those arguments go public. There was one case where she called 911 because her husband assaulted her. Other disagreements have found their way to her social media pages too.

Recently, Jenelle Evans went to New York for Fashion Week. She brought a couple of her kids and David Eason along. At the time, the couple seemed to be on good terms. Based on their relationship, this breakup is probably a pretty nasty one. It could be the result of a major fight.

Will Jenelle Evans and David Eason get back together?

There’s no saying exactly what will happen. They have a history of a fairly rocky relationship so they could continue that pattern.

Though this breakup has got to be hard on both of them, it seems like it’s for the best. They could use this break from their relationship to see if they are truly willing to make things work. From the looks of it, it doesn’t seem like the two are really compatible.

Do you think that Jenelle Evans’ Facebook caption is enough evidence of a breakup? What are your thoughts on this couple getting back together? Let us know in the comments.