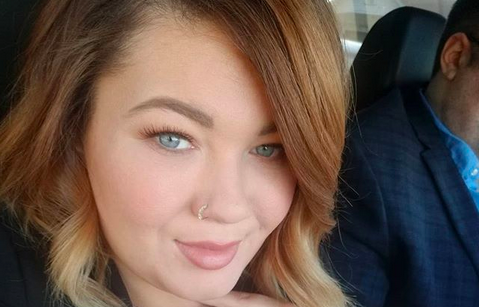 Amber Portwood originally said she would be leaving Teen Mom OG in November of last year. Now, she’s saying something quite different.

Why was Amber Portwood going to quit the show?

After the seventh season of Teen Mom OG, Amber Portwood decided it was time for her to quit the show. Back in November 2018, she announced that she was ready to leave Teen Mom OG. She sent out a tweet, saying “I have to quit this show”.

I have to quit this show

She tweeted this reply to her initial tweet, “The heartache this show has put me through is too much to bear anymore. If I will not be shown then there’s nothing more to do. My name will not get smeared anymore. I hope everyone is resting easy with the money they’ve made off of heartache and pain that I’ve endured.”

The heartache this show has put me through is too much to bear anymore. If I will not be shown then there's nothing more to do. My name will not get smeared anymore. I hope everyone is resting easy with the money they've made off of heartache and pain that I've endured.

From the looks of these messages, she was pretty serious. At one point, she voiced that the producers weren’t being supportive or helpful as she was dealing with postpartum depression.

It’s safe to say to Amber Portwood is no stranger to the drama of reality TV. Her career began with 16 and Pregnant. Then she was on Teen Mom and Teen Mom OG. Over the years, she has faced some minor issues with the shows, as most reality stars do.

What is Amber Portwood saying now?

Now, she is changing her mind and taking a different path. It looks like Amber Portwood actually will be returning to the show.

According to E! Online, she explained why she’s sticking around for another season. She said, “I’ve been with this franchise for 10 years now, such a long time, and I just don’t want to see the show go down like that. I wanna amp it up a little more.”

From what she said in the interview, it sounds like she’s just trying to make the show better. She probably has other reasons for coming back but didn’t mention all of them. It has been a big part of her life so it wouldn’t be easy for her to leave the show entirely.

There is some concern that this is not the best choice for her to make. If she had a bad experience, the same thing could happen again. Of course, there’s also the possibility that things have changed.

Something could have happened behind the scenes with MTV that made her want to stick around. She doesn’t share any information on that. Maybe they were able to work through the problems and come to an agreement so that she could stay.

She’s currently in a relationship with Andrew Glennon and is the mom of two kids. She hopes that her fans will “see a whole different side of me and my love, Andrew” in the new season of Teen Mom OG.

Cold in California but such a gorgeous view of my men and the ocean!!🤗 #sendinglove #beautifulsouls ❤ @andrew.glennon

What do you think of Amber Portwood returning to the show? Do you think this is a good idea? Let us know in the comments!