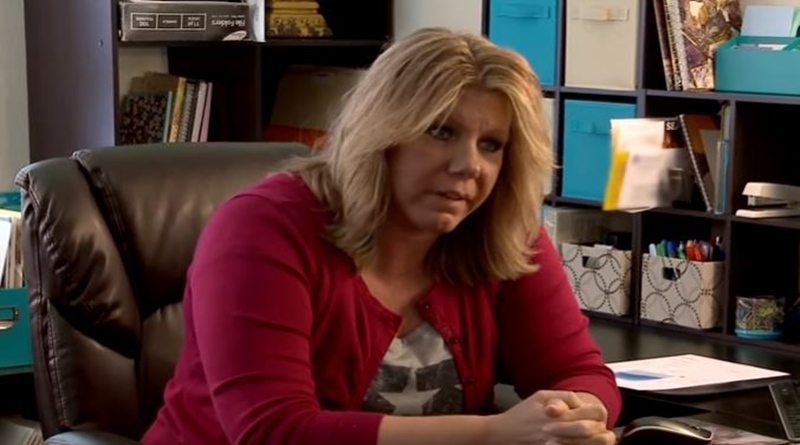 Sister Wives aired again this Sunday on TLC and Meri Brown took to her Twitter to interact with followers. Apart from calling out Kody Brown on one of his tweets about flirting with the other sister wives, she also talked about Lizzie’s Heritage Inn. At the same time, she shut down the rumors on where she’s living. Of course, on social media, lots of speculation came out when they heard she raised the downpayment for the B&B on her own.

Fans of Sister Wives can’t be blamed for wondering if Meri still lives in Flagstaff. Actually, the current season on TLC shows she moved to Flagstaff along with the other wives. However, a lot of things changed in real life since then. Over on her social media, fans sometimes question Meri. For example, last year, fans on Instagram once asked her if she still lived with Kody or left the family. Finally, Meri put that rumor to bed by saying it’s all “just rumors.” More recently, TV Shows Ace noted that Fox carried a story where three of the sister wives engaged in a Q&A session. Notably, Meri had no input and the outlet didn’t quote her.

On Twitter, in Facebook groups, and on Instagram, fans either tell Meri she should move into the B&B, or speculate that she did already. Once she raised the downpayment on her own for the B&B, fans feel that she made a plan for a place to run away to. Technically, they believe this means she could up and go any time she feels like it. Meanwhile, others think Kody’s sudden interest in the Heritage Inn, after refusing to loan her the money, indicates he wants to keep ahold of her. (At least on the business side).

Meri Brown denies she moved into the B&B

On Twitter Sunday night, Meri came out with it, saying that the B&B functions only as a business. Actually, she does not live there. It came in her post about Kody wanting to return to Utah. As she said, she intended to dig in her heels and fight such a move. Adding to that, she wrote, “Btw, I’m NOT moving to the B&B. That’s a business.” So, there you have it. Meri does not live in the B&B.

Disappointed, some Sister Wives fans reacted to the news. Here’s what some of them had to say to Meri:

When @realkodybrown talked about moving back to Utah, I always said I wouldn't do it. If he decided we were doing it, my heels would have been dug in hard. Btw, I'm NOT moving to the B&B. That's a business. #SisterWives

Where does Meri Brown live now?

Fans of Sister Wives now know that Meri Brown lives elsewhere, and not at the new B&B. However, they don’t know for certain where she lives. For now, it could be assumed that she still lives in Flagstaff. Recall that Radar Online reported that Kody bought a 4.48-acre property with Meri and Janelle listed on it. Maybe work already began on her new home.

What do you think of Meri Brown shutting down the rumors about where she lives? Do you think the B&B could be an escape hatch for her in the future? Sound off your feelings in the comments below.

‘Welcome to Plathville’ Spoilers: Moriah Plath Gets Sassy About Max
Clare Crawley & Dale Moss Split?! Here’s Why The Bachelor Nation Rumor Mill Thinks So
‘Wentworth’ Season 9 Netflix Release Date: What To Expect, When
Kim Kardashian Receives Backlash For Hosting SNL
Khloe Kardashian Posts Topless Video Of Herself: ‘I think I found The One’