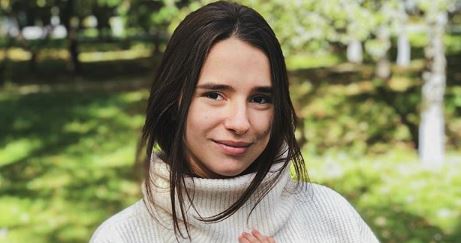 90 Day Fiance stars Steven and Olga are reunited once again. He has been in the United States, while she has been back in Russia with their son. She decided that it was a good time to tease him a bit. Hopefully, Steven took this trick well.

Olga actually told Steven that she would not be able to meet him at the airport in Russia. She did tell a bit of a lie, though. Olga had nothing going on at all. Instead, she surprised Steven at the airport when he got off of his plane. This had to be a perfect surprise.

What is next for this couple?

It turns out that if you follow Steven and Olga on social networks you will know what is going on. He went to Russia so he could sit with her during her interview. As long as everything goes as planned, Olga and the baby will be coming back to the United States with him. This will be the first time that their family will all be together for a long time.

On the 90 Day Fiance reunion show, Steven shared that he has been working really hard. He was able to get a home for them to live in when they arrive. Steven wanted to have a nice place for them and be able to take care of his son. Steven was also proud of himself because he was able to make enough money that he didn’t need a sponsor to help get her over here.

Could they be on another show?

Steven and Olga look like they will be getting married through the K1-Visa process. It would not be surprising at all if they ended up on a season of 90 Day Fiance: Happily Ever After. The viewers would love to see an update on this couple and how they are doing. They haven’t officially announced who will be on the nex cast of the show yet. That is one more way for Steven to make money, though.

Do you think that Steven and Olga can last? Share your thoughts in the comments below. Don’t miss new episodes of 90 Day Fiance when it returns to TLC.