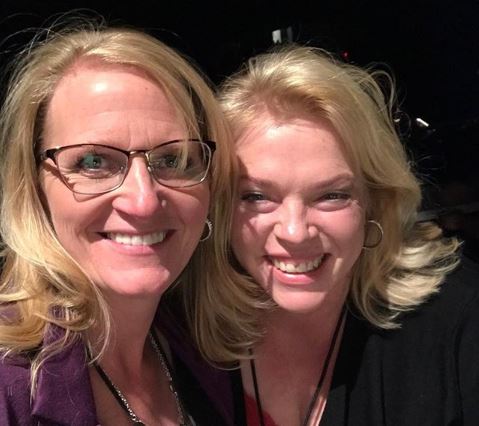 Sister Wives news is out and Janelle and Christine Brown had to slash the prices on their homes in Las Vegas. In Touch Weekly shared the news that the houses aren’t selling so they had to try something new.

The Brown’s houses in Las Vegas

It turns out that Meri and Robyn Brown just now listed their homes in Las Vegas. They have no idea if these are going to have issues selling or not.

Janelle and Christine Brown of Sister Wives have had their homes on the markets for a while now. Neither one of them has sold their homes yet. Janelle is a realtor and was originally trying to sell their homes. Now they have decided to change to another realtor. They didn’t share why, but the fact that Janelle is living in Arizona now could be part of it.

We are in Colorado Springs for Parents Weekend. My older 4 kids were able to join us. Having lunch at Rudy’s BBQ. I love the conversations I have with these adults.

How are things in Arizona now?

Right now, the entire Brown family is living in Arizona. The issue is they are not living close to each other at all. They did buy a plot of land. You can assume that they have plans to build homes again, but they will need to sell the Las Vegas homes before that happens more than likely. The Browns do have money, but probably not enough to have that many mortgages at once seeing that they couldn’t even loan Meri enough cash to get the down payment on her bed and breakfast.

Are you surprised to hear that Christine and Janelle Brown are having trouble selling their homes? Share your thoughts in the comments section below. Don’t miss new episodes of Sister Wives on Sundays on TLC.

‘Below Deck Sailing Yacht’: Is Dani Soares Having A Boy Or A Girl?
‘Temptation Island’ Erin Slams Haters On TikTok [Video]
Did ’90 Day Fiance’ Star Olga Koshimbetova Get Her Green Card Yet?
Wait, Someone From TLC’s ‘OutDaughtered’ On ‘DWTS’?! See Video
Did ‘Duck Dynasty’ Alum Sadie Robertson Give Birth?