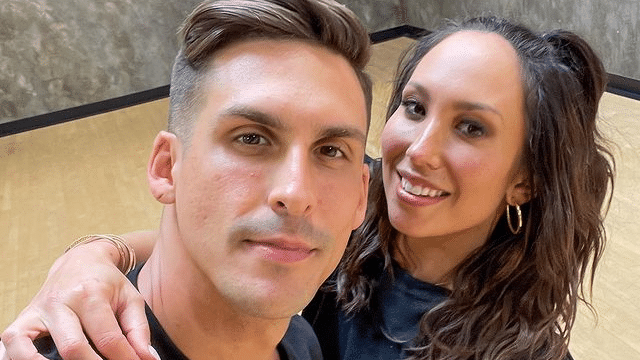 Dancing With The Stars Season 30 has definitely been a tough one for pro dancer Cheryl Burke. After catching COVID-19 earlier in the season, she and her partner Cody Rigsby have to keep up, despite having lingering virus symptoms.

Now, the 37-year-old dancer is comparing Dancing With The Stars to another reality TV show — Survivor.

Just how do the two compare?

If you’ve been an avid DWTS fan for years, you know just how physically demanding the show can be. Many contestants even experience significant weight loss.

“It’s at a TV show, right? But it’s a TV show that we work our asses off on. Like, this is no joke,” Cheryl Burke told Page Six in an exclusive interview. “I compare this show to ‘Survivor.’ I’ve never done ‘Survivor,’ but I can only imagine. Like, it’s seven days a week, except we’ve got obviously the perks of having water and food. But really, it is full-on, and you’re trying to force your body to do things that, first of all, most contestants have never done before.”

But it’s not just about the rigorous physical activity. Cheryl believes the judges make the competition harder than necessary a lot of the time. Some of the Season 30 contestants have a lot of dance training and the judges don’t seem to take that into consideration.

“It’s really hard to have someone come on with dance experience because it’s harder to untrain the brain than it is to teach the brain new things,” she continued. “I say to Cody, ‘If you feel comfortable, you’re doing it wrong.’ Because your body memorizes the muscle memory right? … I say the judges should cool it a little bit. If you look at the science of how your brain works, it’s a lot harder to untrain the brain.”

Online, fans seem to think that the DWTS judges this year seem extra picky. But Cheryl definitely feels that way too. But even so, she plans to act cool and professional on television, no matter what the judges say to her.

“I will never fight back on live television. I find that very rude and it doesn’t look right,” Cheryl told Page Six. “I just want Cody to shine. That’s my real intention here.”

“At the end of the day, you can only do so much and work so hard before you’re just over it because you’re feeling so discouraged,” she went on to say. “And no matter what, this is a feel-good TV show. So I think [the judges] can still be as harsh, just give us some constructive criticism.”

Don’t forget to keep voting for Cheryl Burke and Cody Rigsby if you want them to stay in the competition! Monday night is Horror Night, so don’t forget to watch and see what these two bring to the table.

Todd Chrisley Has No Shame Blasting Someone On A Holiday
Wait, WHAT!!! Did Kate Chastain ALSO Date Pete Davidson?!
Blake Moynes Admits To Bad Habit Amid Breakup
JoJo Siwa On Letting Her Hair Down And Her New, Adult Look
Jill Dillard 2021 Net Worth: How Much Did She Make From TLC?