After getting engaged in May, wedding planning is underway for Nathan Bates and Esther Keyes. The Bringing Up Bates couple is making decisions about their wedding and what life will look like after they get hitched.

What do we know about Nathan Bates & Esther Keyes’ wedding?

Over the past couple of months, Esther has been sharing small details about her wedding plans on social media. She recently posted on social media and revealed that she said yes to the dress. She brought several of Nathan’s sisters, Kelly Jo Bates, and a couple of her sisters along for the occasion.

Esther and Nathan aren’t too active on social media, so they haven’t shared many details. But the wedding is coming up quickly, so hopefully, fans can see pictures of the special day and all the hard work that went into the planning process.

On social media, Esther gave her followers a chance to ask her questions. Naturally, many of the questions she received are about the upcoming wedding. One fan wanted to know when the wedding is, and Esther revealed that it’s on October 22. 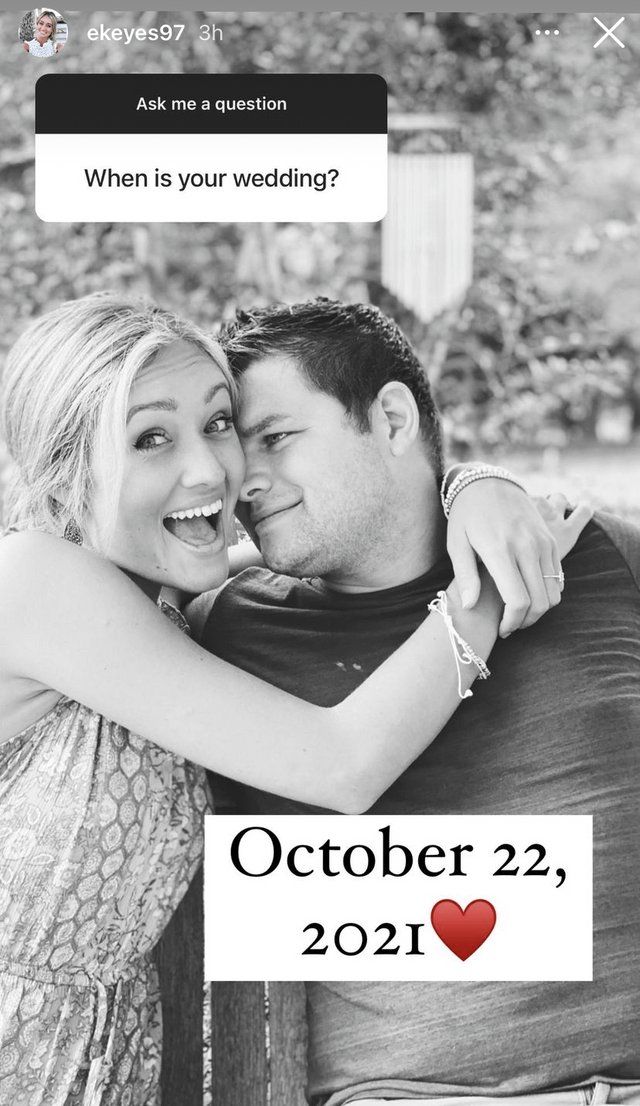 Another fan asked if she’s still living in Pennsylvania. In response, Esther wrote, “Yes, for a couple more months.” So, it looks like Nathan won’t be moving to Pennsylvania to live near Esther’s family when they get married. The wedding is a couple of months away now, so the timeline works out with her response.

In a Reddit discussion, fans point out that Nathan doesn’t appear to live at his family’s home in Tennessee. Most of the Bates kids have stuck around. On his Instagram page, Nathan hasn’t specifically said where he lives.

But one fan believes that Nathan lives in Arkansas. They write, “He lives in Springdale Ark close to John David Duggar. They own planes and helicopters together Nathan teaches flying there.”

If it’s true that Nathan lives in Arkansas, it’s likely that he and Esther will settle down there after they tie the knot. It’s also possible that they could head back to Tennesee with most of Nathan’s family members. Right now, all we know is that they won’t be living in Pennsylvania once they get married.

So, are you excited about Nathan Bates and Esther Keyes’ upcoming wedding? What do you think is next for the couple? Let us know in the comments below.

For more news about the Bringing Up Bates family, check back with TV Shows Ace.