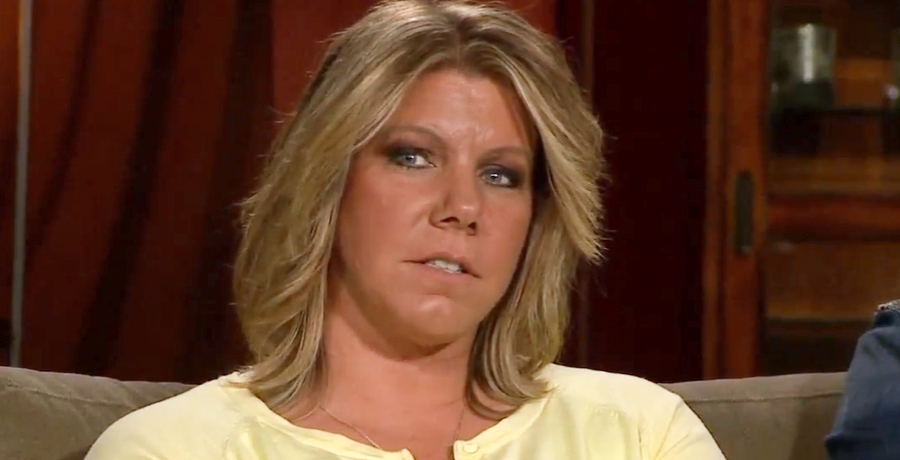 From the looks of Sister Wives star Meri Brown’s social media, something is weighing heavily on her. While it is hard to tell what is going on, there is some speculation about what could be going on. Unfortunately, the TLC star makes headlines regularly. It seems like her run in the headlines began when she fell prey to a catfish situation. Shortly after that, the headline’s topic became her marital troubles with Kody Brown. Now, Meri Brown posts a cryptic quote on her Instagram Stories and fans wonder if she is alright. Keep reading to find out more.

Notably, the most recent posts on Meri Brown’s Instagram page seem to be positive and uplifting. So, there doesn’t seem to be any cause for concern. One post has a very lengthy caption where Meri explains her time away from Arizona. She shares that, “Last week, I had the opportunity to take a trip and get together with amazing people and fabulous friends, to learn, to grow, to connect, to share.” The trip was for her Lularoe business. She concludes that post with the fact that “Life is not a competition, this business is not a competition.” Additionally, Meri writes, “The universe is wide open to give and share and bless, as long as we are open and willing to do the same.”

While open to interpretation, the cryptic quote Meri Brown shares on her Instagram Stories doesn’t seem to have the same positive, uplifting tone that the rest of her Instagram posts have. Notably, there isn’t a way to compare to her Twitter. This is because Meri hasn’t tweeted since the end of April. Which makes sense, because this is when the last season of Sister Wives wrapped airing on TLC.

The quote Meri shares on Instagram is as follows. “Never be ashamed about being broken, because strength is nothing but pain that’s been repaired.” The quote comes from Trent Shelton. According to Huff Post, Trent Shelton is a former football player that now inspires people with his quotes and videos.

Unfortunately, since this comes from Meri’s Instagram Stories, there’s no comment section to go through to try and figure out what the reality television star is talking about. However, it is no secret that Meri has been through a lot of things over the years. Sadly, most of what the public sees has to do with her marriage. However, it is important to note that the public doesn’t see everything that is going on.

What do you think about Meri Brown and her most recent cryptic post on Instagram Stories? Let us know your thoughts in the comment section below. Make sure to come back to TV Shows Ace for more Sister Wives news.