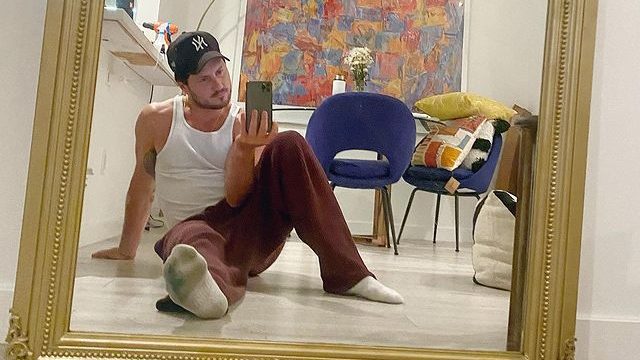 Dancing With The Stars pros love what they do. But even they have their own opinions when it comes to certain decisions. In an interview with TV Insider, Val Chmerkovskiy got pretty candid about the most recent season.

Val Chmerkovskiy describes Season 29 as a “shadow” of the show

The Chmerkovskiy brothers sat down with the publication to talk about their upcoming tour, Maks & Val: Stripped Down Tour. During the interview, TV Insider wanted to know if Val had a newfound appreciation for the audience. Season 29 infamously did not feature a live audience out of COVID-19 safety precautions.

“I’ve never taken our audience for granted, but this last season was a shadow of itself because of that element being gone,” Val replied honestly. “I love the congregation. I love the gathering and getting together. What we create [is] one part and the other is the audience to share it with.”

ABC is still reportedly discussing whether a live audience can be possible for Season 30. The network hasn’t made an official decision yet. However, executive producer Tyra Banks says fans shouldn’t hold their breath.

Judge Derek Hough, on the other hand, still believes that a live audience may be possible.

“There’s definitely some really fun projects in the works, but there’s definitely one been confirmed that will be starting in the fall,” the six-time Mirrorball Trophy winner told Heavy. “One thing I can say is that Dancing With The Stars will be back in September and it’s gonna be an amazing huge season that I can’t wait for people to see. It’s gonna be good. I just can’t wait to see if we have an audience!”

Fans will just have to wait and see what happens.

Many fans feel fortunate that Dancing With The Stars aired last fall at all. Many other live competition shows like So You Think You Can Dance completely skipped the 2020 season altogether.

Dancing With The Stars will come back for an undetermined date in September. ABC hasn’t announced an official cast list yet, but Val Chmerkovskiy feels confident he will be part of the show in the fall.

“I can’t necessarily talk about this season just yet, but I can say I am excited that I will be a part of it. Hopefully, everybody is going to tune in and enjoy the best season ever,” Val told TV Insider.

Many DWTS fans would love to see Maks Chmerkovskiy back in the ballroom, but he has no current plans to come back to the show. Instead, Maks says you can see him perform if you attend his upcoming tour.