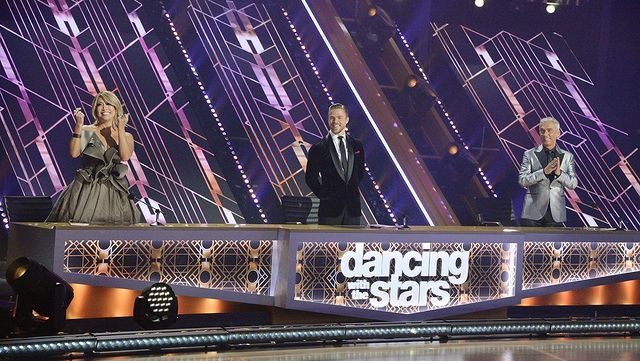 Dancing With The Stars just isn’t the same without a live audience. Fans of the popular ABC dance show really missed the cheering fans last year. So everyone really wants to know — will there be a live audience for DWTS Season 30?

According to executive producer and hostess Tyra Banks, it isn’t likely. Tyra reportedly told Entertainment Tonight that it just isn’t a good idea due to COVID-19 safety concerns.

But even so, judge Derek Hough really hopes it can happen.

“There’s definitely some really fun projects in the works, but there’s definitely one been confirmed that will be starting in the fall,” the six-time Mirrorball Trophy winner told Heavy. “One thing I can say is that Dancing With The Stars will be back in September and it’s gonna be an amazing huge season that I can’t wait for people to see. It’s gonna be good. I just can’t wait to see if we have an audience!”

Even if we can’t have a live audience, maybe we can at least get a few group numbers back.

It doesn’t seem like ABC made any official decision yet. However, the new virus’s new Delta strain is wreaking havoc all over the country. Live events are taking place again, but DWTS may not have a live audience until Season 31.

Season 30 will still be exciting, even without a live audience

But even if there isn’t a live audience, there is still a lot that fans can look forward to. ABC hasn’t made any formal cast announcements yet, but rumors are already swirling.

Chris Harrison may no longer be with the Bachelor franchise, but some insiders believe that he’s in talks to compete on DWTS Season 30. He still technically has a contract with ABC, so it’s plausible.

“After the way he left The Bachelor it has not been easy for Chris to find a new gig right away. Which is why something like Dancing With The Stars might work. It will give Chris a chance to change his narrative from the white guy who made insensitive racial remarks to reminding everyone why they fell in love Chris in the first place,” a “top TV insider” allegedly told Radar Online.

We also know that Tyra Banks loves contestants that make headlines. And Chris Harrison has definitely been all over the news this year.

Be sure to let us know in the comments: who would you like to see compete? Would you tune in if Chris Harrison made an appearance this year? Will you watch even if there isn’t a live audience? We want to hear from you.

As always, be sure to follow TV Shows Ace on social media. We’ll keep you informed as soon as we know any more about DWTS Season 30.