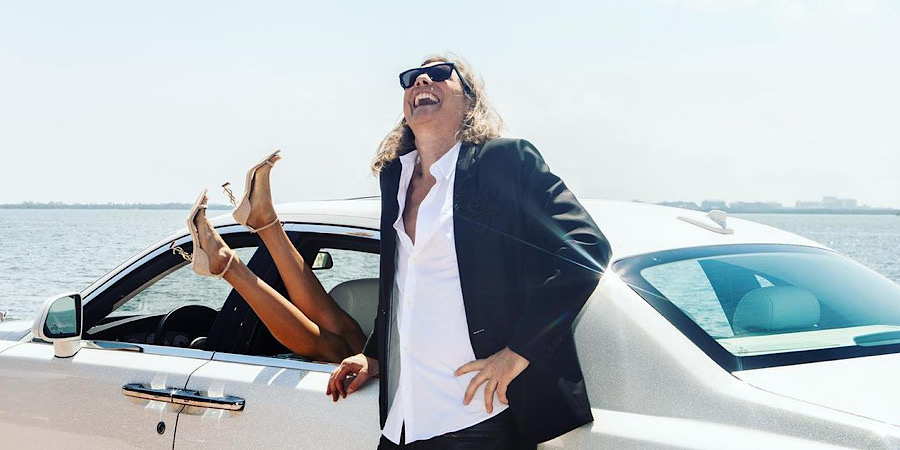 Bill Hutchinson is in serious trouble. The Marrying Millions star was arrested on Wednesday. The crime: alleged sexual assault of a teenage girl. He has since been released on a 30K bond but the case is far from over. It involves a 17-year-old girl who was living with Hutchinson’s family. He is currently engaged to a woman forty years younger than him. His net worth is also around 100 million dollars. However, his whole life could come crumbling down if this all proves to be true.

When Bill first met his much younger love, Brianna Ramirez, he had been married twice before. Bri was only twenty-one and working at a restaurant when he made his move. With forty years between them, viewers questioned how it could possibly work, aside from Bill’s money.

The two went to appear on two seasons of Marrying Millions. He would indulge her in lavish gifts. One time, he filled a whole room with jewelry. She could pick out anything she wanted since it was a friend of Bill’s. Eventually, the two decided to spend forever together. Forever might be cut short with this new revelation.

Apparently, the victim is a seventeen-year-old girl who was staying with Bill’s family, according to People. In the probable cause affidavit obtained, the teen had a lot to share. Allegedly, Bill would “provide alcohol and allow the children [in his home] to smoke marijuana.” She added she was inebriated when she fell asleep on the couch one night. When she awoke, Bill was assaulting her.

Ultimately, he is charged with one count of sexual assault. In Texas, this is deemed a second-degree felony. No, it is not a “minor issue” in regards to her age. The age of consent in Texas is seventeen. However, she did not consent, so this is the prime issue.

Bill immediately sent a statement to the Dallas Morning News: “I’m innocent of this charge and accusation. Anyone who knows me in this city knows that I am not capable of assault, sexual or otherwise. Hopefully, all of my colleagues and friends will give me the benefit of the doubt until I prove my innocence in court.”

The next court date has yet to be released. Yet, Lifetime has removed all Marrying Millions content from its page. What do you think of the news? Let us know in the comments below.