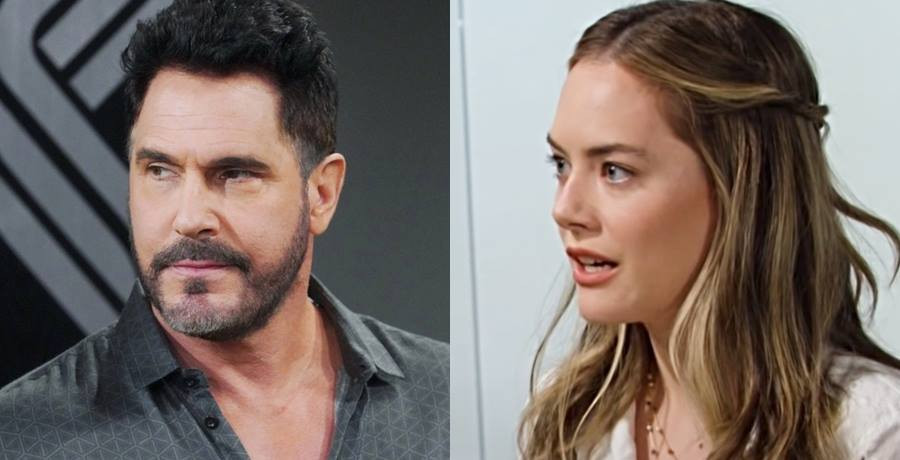 Vinny was the one who tracked Liam’s car done. He stepped in front of the car and died by suicide. Vinny loved Thomas so much that he would do anything for him. Even if that means losing his own life. Vinny wanted Thomas to have his happy ending with Hope. The only way for that to happen is to send Liam to jail.

Thomas ended up with the evidence on his phone. When he rebooted it, he received text messages and a video from Vinny with the shocking revelation. Once he showed it to Justin, he ended up in the cage.

Hope gets to be the hero for a change

Liam can’t be the hero while he’s in jail. So, who’s the next best person? Hope Logan, of course. According to the B&B spoilers in the latest issue of Soap Opera Digest, she not only frees Thomas but also frees Liam from jail. Once she notices her husband being transported into a police van, something overcomes her. That’s when she makes a run for it and has a conversation with Deputy Chief Baker.

Hope has the hope that Liam will finally get his freedom. She provides Baker with the information he needs to reverse Liam’s incarceration. Of course, there will be a romantic moment for Lope fans. Hope and Liam will run into each other’s arms and all is well again.

Finally, they can have their family back together. This reunion is unique from the last since they finally reach the end of their difficult marriage. While it seems like the couple always struggles, they finally get the family and life that they want. Does that mean they’ll finally have their happy ending?

The B&B spoilers also reveal that Thomas will tell all to Bill Spencer Jr. (Don Diamont). As fans know, the two don’t get along. Dollar Bill isn’t afraid to say what he really thinks of Thomas and Vinny. Instead of Hope and Liam telling him the truth, Thomas feels the need to go to Bill. He reveals all about Justin’s sick plan to take over Forrester Creations.

Bill realizes that he can’t even trust his own best friend. He’s not sure who to believe — Justin or Thomas. At first, the villain was Thomas. Now the real traitor is Justin. Bill finds himself in a debacle over what to do next.