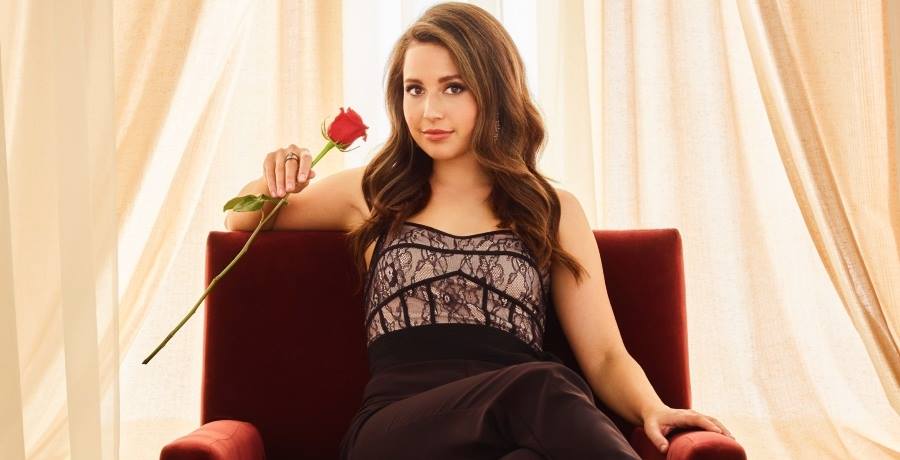 Katie Thurston has been very open and honest since her debut for Matt James’s season. She made a point to go to Matt when she felt the women were bullying. This was something that got her labeled a drama starter by some fans. Others loved that she advocated for women and stayed true to herself.

Now that she’s the lead, she still isn’t sitting back and letting fans say whatever they want. She recently spoke out about the toxic nature she feels Bachelor nation breeds. Being under a microscope hasn’t agreed with her at all. Katie told TikTok she’s not censoring herself anymore. People are not going to tell her what to do. Basically, she told fans she doesn’t care what they think, she’s going to continue to do what she wants.

Katie Thurston also took to Twitter to express her displeasure with people’s comments. She said, “Remember you only get to see a portion of who these men are.” Clearly angered by all the negative things people have been saying, she lashed out. She said people should think twice about what they say. Katie also revealed Hunter has Tourette’s.

Hunter has been a point of conversation lately. People haven’t really liked him. Fans weren’t accepting what she said. One tweeted, “I too have Tourette’s and I would be livid if someone protected me from being lambasted for sh***y behavior because of that.” One fan was just upset he tackled Michael. She said, “What does him having Tourette’s have to do with him tackling the s*** out of precious gem Michael A?”

Either way, Katie started a firestorm on Twitter and there are hot takes on both sides.

She Also Had A Bit Of Fun With Fans

Katie Thurston isn’t all about fire and calling people out. She also likes to have fun. One of the memes that surfaced after the latest episode was of two of her guys cuddling. They were sharing an emotional moment on the couch. Katie shared a picture with Greg and Connor, ‘the cuddlers.’ She captioned it, “when you don’t realize you are actually the third wheel.”

When you don’t realize you are actually the third wheel 👀 #TheBachelorette #bromance #Romance pic.twitter.com/dHHtanglPQ

The two guys gave fans Joe Park and Brendan Morais who had an epic bromance. Katie has a lot of respect for the men. She shared on Twitter, “You all are about to meet an incredible group of men with fascinating stories to tell. The vulnerability & strength these men show throughout our time together is something I’ll cherish forever.”

What do you think of Katie coming after fans? Comment with your thoughts below.

The Bachelorette airs Mondays on ABC.

Adam & Danielle Busby DRAGGED For Getting ANOTHER Designer Dog
Duggar Family STUCK Under TLC’s Thumb, Trapped By ‘Counting On’ Contract
Todd Chrisley ‘Not Afraid Of Lawsuits’ Amid Being Sued For Slander
Todd Chrisley Reveals His Vision Is Now A Reality
A New ‘Big Brother’ Baby Has Been Born! Who Gave Birth? [See First Pic]