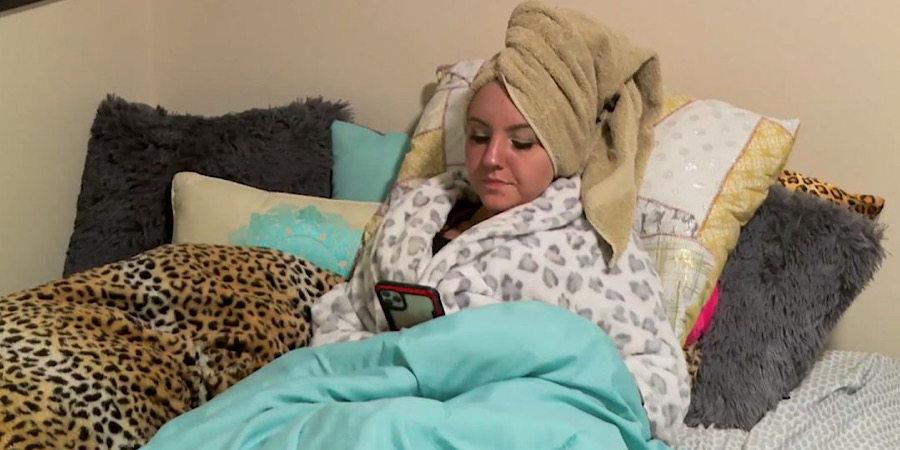 Fans of the new season of Love After Lockup know Nicolle is playing Daonte like a fiddle. For the past year and a half, he has been beyond faithful to his love. While Nicolle’s been incarcerated, he has found ways to ensure loyalty. Upon her release, Daonte was there, ready to spoil his girlfriend financially and materialistically. She refused to reciprocate with more than a hug and a few kisses. Now, it appears she has more than just a record up her sleeve. Interestingly enough, it involves another Love After Lockup star.

Daonte and Nicolle’s twisted relationship needs to be revisited first and foremost. He has spent so much money on this relationship. It is not the first time he has fallen head over heels for an inmate and gone broke. Unfortunately, the last one left him so bad off, he had to move back home. Luckily, he got back on his feet and got his own place. Ever hopeful, he fell for Nicolle.

When he went to pick her up from prison, he greeted her with a grand in cash. Waiting in the car were two Michael Kors watches, an iPhone, new sneakers, gifts from Victoria’s Secret. But she dropped the bomb she was not ready to be intimate with him. She also shared she would be staying with her mother. Furthermore, she was not ready for him to meet her mom. Once she got to her mother’s home, she was seen texting another person, asking them to come to get her over the weekend.

Nicolle said she was in love with Daonte but she had been in prison for a long time and wanted to live her life. Later in the season, the two are seen getting ready to walk down the aisle. She just does not marry him. Rather Nicolle has wed a woman. Another convict, in fact, whom she became engaged to at the end of 2020. So she has many tricks up her sleeve viewers are waiting to play out. Now, a new twist has come to light and it involves Lacey from Season 2.

Lacey And Nicolle’s Interesting Past

Just when it looked like Nicolle could not get any twistier, here comes Lacey. According to Starcasm, the two have made a bevy of adult films together. Their friendship dates back to 2016 and tweets from Nicolle to Kaci Kash. This was Lacey’s  “industry” name. The writer decided to do some digging through old cam girl videos of Lacey’s to see if, by chance, she could find Nicolle.

The two live in the same area and she felt the verbiage of the tweet may have alluded to a deeper friendship. Though she could not find anyone by the name of Nicolle in them, she did find evidence. The woman featured in some of them had identical tattoos as Nicolle but she went by the alias of Molly. It becomes very clear that yes, it was Nicolle.

There are a handful of posts by Lacey sharing they would be going live. Also included were intimate acts Nicolle/Molly was partaking in. It went all the way up to her arrest with Lacey attempting to get the funds for a lawyer.

Does this surprise you at all? Let us know in the comments and watch Love After Lockup Friday nights on WEtv.