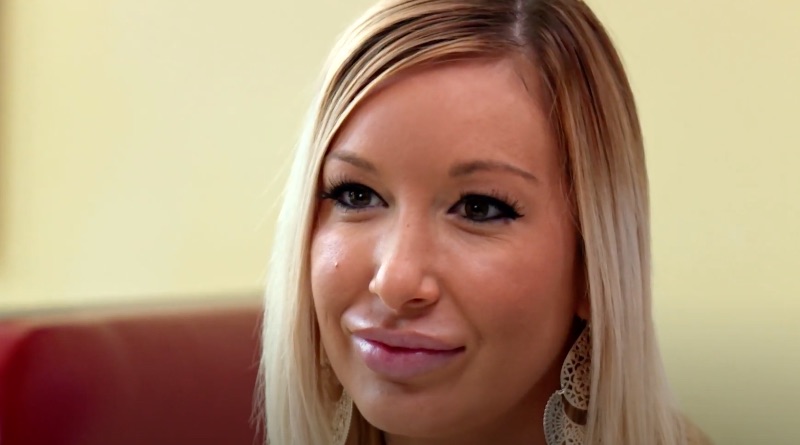 Love After Lockup celeb Lacey Whitlow recently shared the first picture of her baby with Shane Whitlow with fans. It has been a long journey getting here for the WEtv pair. And viewers get a first glimpse of their baby on the way.

Love After Lockup fans followed Lacey Whitlow’s pregnancy journey with Shane Whitlow on the quarantine spinoff. After Lacey chose Shane, the couple wanted to get pregnant. So Lacey went in for the In Vitro Fertilization procedure. Going through this procedure is expensive, and it doesn’t always work. So Lacey said they had one shot at getting it right.

Luckily for the soon-to-be parents, the procedure was a success. But there was also a tragedy for the Love After Lockup couple. Initially, doctors told Lacey that she could have triplets with her husband, Shane Whitlow. And as excited as they were over the news, it’s not something they were prepared for. But unfortunately, only one of the babies survived. Still, there is a silver lining for the couple that one is healthy – even amid such tragedy.

Over the last few months, Love After Lockup celeb Lacey Whitlow has been sharing pregnancy updates with her followers online. And most recently, she gave viewers a glimpse of the baby on the way via an ultrasound pic. It’s certainly a significant event for the couple – as well as anyone that has been following their pregnancy journey.

Speaking to her baby, Lacey Whitlow said in the caption of her update to “keep growing”. And as it turns out, the Love After Lockup couple hasn’t revealed the gender of their baby just yet. And because of this, Shane Whitlow’s wife invited her fans to guess what they will have. So fans will have to stay tuned for that reveal as well – whenever the WEtv couple decides to do it.

Even though Shane Whitlow and Lacey Whitlow seemingly moved on in real-time, there’s still a lot of drama with John Slater currently playing out on the Love After Lockup spinoff. Spoilers for the rest of the spinoff season show Lacey meeting up with John Slater. He reached out to her not long after he got out of jail. And it looks like they are not out of each other’s lives for good just yet.

In addition, spoilers from the Love After Lockup spinoff show John in another heated confrontation with Lacey Whitlow’s father. And just like last time, Lacey’s father doesn’t back down. So there’s still a lot to unpack in coming episodes. And it’ll certainly add another layer of drama as Lacey and Shane get ready to be parents in real-time.

Chrishell Stause Vacations In Paradise With Her New Man — Who Is It?
‘LPBW’ Audrey Roloff Shares Daughter Ember Is Fearless Here’s Why
‘Bold And The Beautiful’ WOW! Finn’s Bio Mom Is A Forrester?
‘Thurston’ For Katie? Michael A. Posts, Deletes Flirty Comment On Her Sultry Photo
Janelle Brown Encourages Fans To Change: ‘Do Something Different’