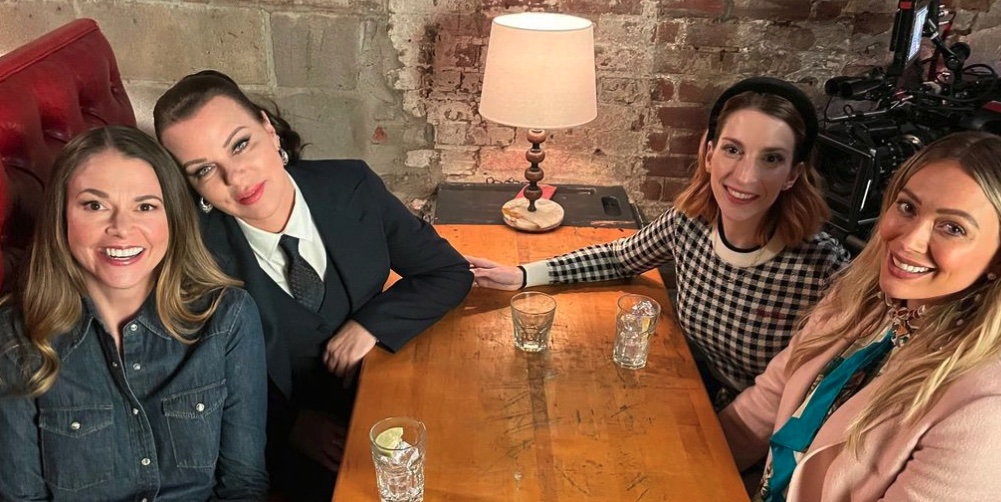 When can you finally watch Younger on TVLand?

TVLand has shared the Younger Season 7 premiere preview video. It is finally coming to TVLand. The first two episodes premiere on Wednesday, July 7, at 10 p.m. Eastern, on TVLand. This is two, back-to-back episodes to give viewers a head start!

This is the season that will finally finish Liza Miller’s journey from a single mom with no job, to Millennial co-founder.

Moreover, this is the season where Liza makes her big decision. Season 6 ended with Charles proposing to her. What is her decision? Does she take the plunge with the dashing publisher, or does she go back to Josh, her hot, but a youthful old boyfriend?

Not satisfied with where her career is going, Kelsey goes through a period of doubt. She turns the corner with a new idea that could change the scope of things. Maggie gets a gig that could set her for life. That is until she is cancelled.

Season 7 Premiered On Paramount+ But No Spoilers Please!

Although the entire Younger Season 7 has aired on the new Paramount+ platform. Many people on message boards and on social media have already talked about the finale episode. However, there are many fans of the show who have been avoiding any news of the finale season.

Be sure to keep alerting viewers about spoilers. The series finale has a lot of surprises. We get to find out what happens to the Younger characters that fans grew to love. Are you ready to find out how Liza Miller’s story ends?

Will There Be A Younger Spinoff?

Now that Younger Season 7 is the final season, will there be a spinoff? Last year, there had been reports about a show featuring Hilary Duff and her character Kelsey Peters. Unfortunately, this spinoff is “off the table.” Darren Star revealed that there was some preliminary planning for a spinoff. However, Hilary Duff took on the How I Met Your Mother spinoff, How I Met Your Father.

Since both series would be less than a dozen episodes, it did seem that a schedule could be fitted for Duff to star in both. But, Younger lost this race.

When Is Younger Season 7 Coming On TVLand?

Be sure to catch the Younger Season 7 premiere on Wednesday, July 7, at 10 p.m. Eastern. Watch premiere night back-to-back episodes on TVLand.

Chase Chrisley’s Girlfriend Emmy Medders Stuns In Sexy Black Bikini
Who Will Be The Next ‘Bachelor’? One Contestant Reportedly Getting ‘The Bachelor’ Edit
Todd Chrisley ‘Not Afraid Of Lawsuits’ Amid Being Sued For Slander
Jim Bob Duggar RELIEVED TLC Contract Gags Family From Spilling The Truth
Todd Chrisley Admits His Wife Julie Has Way More Class Than He Does