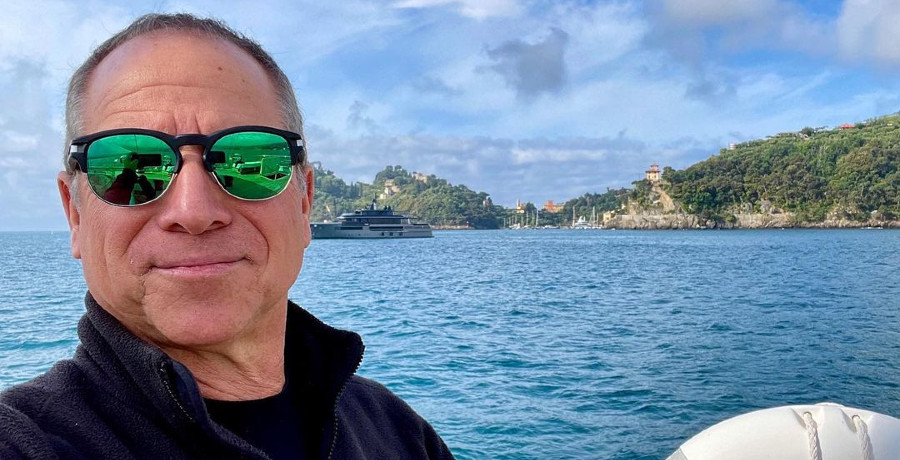 Fans want to know more about Captain Glenn Shephard. He became a fan-favorite during Season 2 of Below Deck Sailing Yacht. While most loved his laid-back approach in the show’s inception, that cast failed to captivate fans. Season 2 became a hit because it had the perfect crew who worked hard and partied harder.

Glenn teased a new relationship amid the rumors that he’s dating his deckhand, Sydney Zaruba. She was part of that awkward love triangle between Alli Dore and Gary King. During the Season 2 reunion, she revealed that she’s dating a captain. In a separate interview, Glenn revealed that he’s not married but he doesn’t have a lonely bed either.

Below Deck Sailing Yacht fans thought he was dating Sydney

When Sydney admitted she’s dating a captain during the reunion, fans immediately thought she meant Captain Glenn Shephard. The two remained on the Parsifal III long after filming for Season 2 wrapped. Rumors swirled when Glenn shared a selfie of himself with Sydney looking happy together. Recently, he took to Instagram to share another photo of the two with the caption, “I guess the news is out.”

Fans assumed the two were dating. Most of them flocked to Glenn’s comment section to congratulate the couple. The comments section was split. While most were happy about the supposed news, others were in a state of shock. What made matters worse is that Sydney added an orange heart emoji in the comments section.

Glenn updated his caption to confirm their relationship status. “And the news is: Syd and I are great friends. And she’s dating a captain. A different Captain,” he added. Glenn loves to play around with the fans on social media. He already knew they speculated whether he was the captain that Sydney referred to during the reunion special.

Glenn even kept the dating rumors going in a new Instagram post. This time, he shared a photo of himself with Gary. “Ok, Just to clarify […] No, Gary and I are not dating,” he joked. “We are very close, but I can assure you it is purely platonic.”

Captain Glenn Shephard has someone special in his life

Captain Glenn Shephard has kept quiet about his personal life. During the reunion special, he only said that he was not married. He added that he’s not celibate either. Fans assumed that meant he was having a bit of fun with Sydney.

Since the fans love Glenn, Andy wanted to know if he gets a lot of attention on social media. “Does it go down in your DMS?” Glenn said, “Oh, yeah. I get a lot of interesting DMs. Photos, videos, you know, all kinds of invitations. It’s great. I love it.”

He also made an appearance on Watch What Happens Live with Andy Cohen. Andy asked him about the photo he keeps on the wall of his cabin. Glenn only said that it’s a photo of someone special, but he wouldn’t say who. Later on in the interview, Glenn admitted that he would date Eboni K. Williams from The Real Housewives of New York.