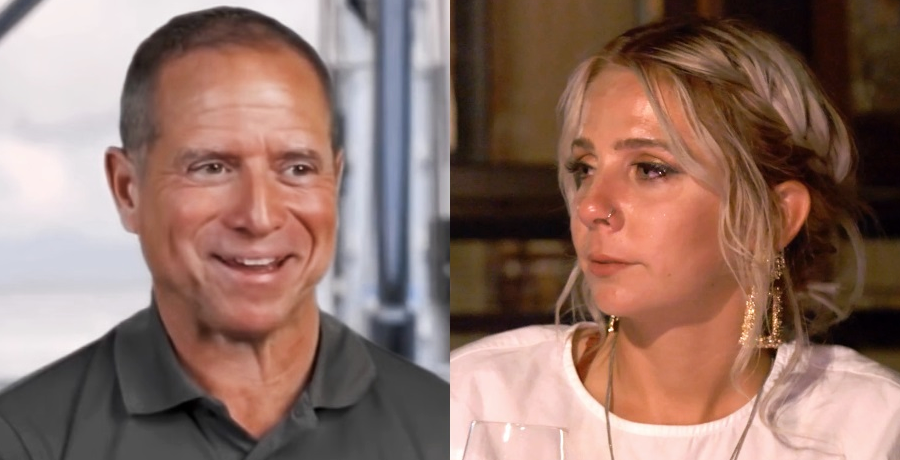 Captain Glenn Shephard and deckhand Sydney Zaruba are toying with the fans. For some reason, they think the two are dating each other. During Part 2 of the Below Deck Sailing Yacht Season 2 reunion, Sydney revealed that she’s seeing a “captain.” However, she kept the person’s identity a secret for the sake of privacy.

Glenn certainly stirred the pot when it came to the dating rumors. A photo of the two posted on Instagram combined with her comments during the reunion has fans doing the math. Glenn is a single man but has made it clear that he’s not celibate. He just hasn’t revealed who the special person is in his life.

A photo posted on April 4 has picked up interest. The Instagram post shows Captain Glenn Shephard with Sydney Zaruba. In the caption, he teased fans, “What a coinkydink! You’ll never guess who I bumped into while driving in the mountains above Palma this weekend. Sydney always puts a smile on my face.” On Thursday, June 24, most Below Deck Sailing Yacht fans took to this very post to talk about the rumored couple.

“Totally dating and I’m here for it,” one fan wrote while another added, “This was the telltale sign!!!! You guys are too cute!!!” Most of the comments section was filled with fans speculating over whether they’re dating. Glenn responded to one comment, writing, “I love Sydney, just like a little sister.” He also responded “no” to a question asking if they are a couple.

However, an insider close to the Below Deck Sailing Yacht cast claims they’re dating.

On Friday, June 25, Captain Glenn Shephard shared another photo of himself with Sydney. This time, both of them looked like they were dressed up after a date. Glenn looked sharp in a head-to-toe black outfit, while Sydney wore a red off-the-shoulder dress. He posted the photo with the following caption, “I guess the news is out.”

Then he shut down the rumors that he is dating the blonde beauty. “And the news is: Syd and I are great friends. And she’s dating a captain. A different captain.” Sydney took to the comments section to simply add a series of hearts. Meanwhile, most fans were confused. They assumed this was Captain Glenn’s way of saying that they’re actually dating.

Some fans shared their disbelief. Others offered their congrats in the comments section. Apparently, Captain Glenn stirred the post once again by writing only “I guess the news is out” before editing it and adding that they’re just good friends. However, this Instagram post hasn’t stopped the rumor from dying down.

Sydney Zaruba took to Instagram to share the same photo of herself with Captain Glenn Shepherd. Then she followed up with a selfie of herself from the yacht. In her lengthy caption, she poured her heart out to Glenn, but not in the way you think. She thanked him for giving her the opportunity in super-yachting.

“I have no words but thanks and gratitude – I’ve learned so much from you & I hope I will always have [a] home in your crew,” Sydney continued. “Thinking of the opportunity I was given brings a little tear to my eyeball – it’s not every day you get to be deckie on a Perini. Cheers Glenn. Thanks for having faith in me.”

Other Below Deck crew members took to the comments to share their support for Glenn. Below Deck Sailing Yacht Season 1 star Ciara Duggan wrote, “Glenn is the best.” Sydney’s fans and followers congratulated her for her hard work during the season. Then she took to her Instagram Stories to deny the dating rumors herself.

Sydney held a Q&A just in the nick of time. One fan had to know details about her captain boyfriend. “LOL – okay NO [Captain Glenn Shephard] & I are not a couple – though any lady would be lucky to have him! Sorry for trolling you guys, it was too good to pass up!” She explained that her boyfriend is private and doesn’t like being in the spotlight, so she shared a photo he took of her instead.

“Yes he is a captain, and he’s English, that’s all y’all need to know,” Sydney continued. “We have a very happy yachtie life together.”

What are your thoughts? Do you think Sydney is dating Captain Glenn? Sound off below in the comments.