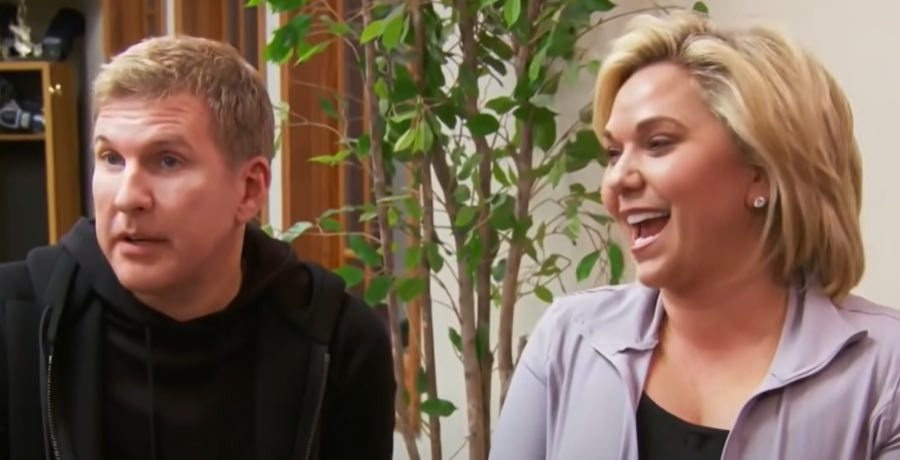 Chrisley Knows Best fans want Julie Chrisley to share her cooking gifts with the world. The matriarch has a segment called What’s Cooking with Julie Chrisley on Instagram. Still, fans don’t think it’s not enough. They think that she should host her own cooking show or release her own cookbook.

It’s no surprise that Julie loves to cook. She’s often seen cooking and baking for her family on the reality series. Fans have been wanting to covet some of her recipes. They believe that her Southern hospitality is the perfect personality for her own television series.

The Chrisley Knows Best Instagram account shared a clip that’s still driving fans wild. In a recent segment of What’s Cooking with Julie Chrisley, she teaches fans how to make goochies with her favorite guest, Chloe.

What are goochies, you ask? Julie said they’re similar to a praline brittle. These cookies are easy to make since all they require is four ingredients – graham crackers, chopped pecans, butter, and light brown sugar. Chloe helped her line the cookie sheet with the graham crackers. Meanwhile, Julie chopped the pecans.

The great thing about this dessert is that you can make it however you want it. You’re free to use your imagination. Chloe was impressed by the variety of toppings she could use. It ranged from marshmallows and dried cranberries to rainbow sprinkles and chocolate sprinkles. Julie admitted that Chloe loves chocolate.

Chloe made her goochies with both rainbow and chocolate sprinkles. In the meantime, Julie stood over the pot and made sure the toffee was dissolved. She only used butter and brown sugar to make it. The master cook stirred the pot until it was creamy.

Next, Julie poured the mixture over the graham crackers. This part will have you drooling. Chloe decorated her graham crackers with some marshmallows on top of the sprinkles. However you make your goochies, they will bake for 10 minutes at 400 degrees in the oven.

The hardest part is waiting for the timer to ding. While they make a mess, they’re sure worth it. Both Chloe and Julie’s goochies looked delicious. Fans are dying over this video and are wanting Julie to share more of her gifts with the world.

Chrisley Knows Best fans flocked to the comments section. Some of them think that Julie Chrisley should have her own cooking show. “This is what I mean. Julie needs her own cooking show on Food Network,” one fan wrote. “I know she’s busy but, the show will be a hit. At least, she should think about it.”

Others think that Julie should have a cookbook with her family recipes. “Please publish your own cookbook,” one begged. There are also some who think she should start her own lifestyle brand. Most fans just loved seeing Julie and Chloe cook together. They think their cooking segments are the cutest.

What are your thoughts? Do you agree that Julie should have her own cooking show or cookbook? Sound off below in the comments.