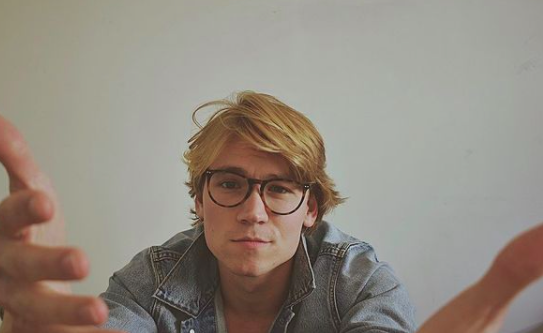 John Paul Jones, a fan favorite on The Bachelorette and Bachelor in Paradise looks to be making huge strides in his life! The star has introduced fans to his new girlfriend.

Who is John Paul Jones?

For those who may have forgotten, John Paul Jones (or JPJ) starred on both The Bachelorette and Bachelor in Paradise. He was fighting for Hannah Brown’s heart on the show. While Bachelorette didn’t pan out, he did get into a steamy relationship on BIP. So, who did he date? None other than former Bachelorette, Tayshia Adams.

It really seemed like the two were happy together. However, like most things, all good things must come to an end.

“We have so much going on in our personal lives. It is very difficult to focus on a serious relationship,” the couple originally reveals about their split.

However, things are looking up for JPJ now. He has introduced a new girlfriend to fans and honestly they look so cute.

The photo shows him and his gf wearing matching white shirts.

Who is the woman?

Of course, Bachelor Nation is so happy for JPJ.

How did he feel about ‘The Bachelorette’?

Of course, everyone was wondering how JPJ felt about Tayshia Adams going on The Bachelorette. It’s no surprise he was totally supportive. John Paul Jones has always had a pretty sunny personality while on TV and it genuinely seems like he wants the best for people in his life.

“…I’m happy for her! I’m very excited for her to find something that’s real. She is a bit adamant about, you know, a few aspects of her life, which kind of necessitate her wanting to get married.”

JPJ seems to be very mature and respectful of what Tayshia wants in a relationship and what she did eventually find.

“I clearly wasn’t the guy for her and vice versa. I think people were expecting me to, like, be bitter or something? But we really gave it a try. I think I can find happiness somewhere else and clearly, she is too,” he says.

Do you think John Paul Jones and Katie Poulin make a cute couple? Let us know your thoughts in the comments below. Come back to TV Shows Ace for more news on all of your favorite Bachelor Nation stars.

Candace Cameron Bure’s Workout Hilariously Interrupted By Furry Beast (SEE VIDEO)
Katie Morton Admits Mixed Feelings About Colton Underwood Coming Out
Josh Duggar’s Arrest May Not Be The REAL Reason ‘Counting On’ Is Over
WOAH!! Jill Dillard Gearing Up To Infuriate Jim Bob Duggar?!
Molly? Tori? Who The Heck Is Pushing Lilah Roloff At The Zoo?!