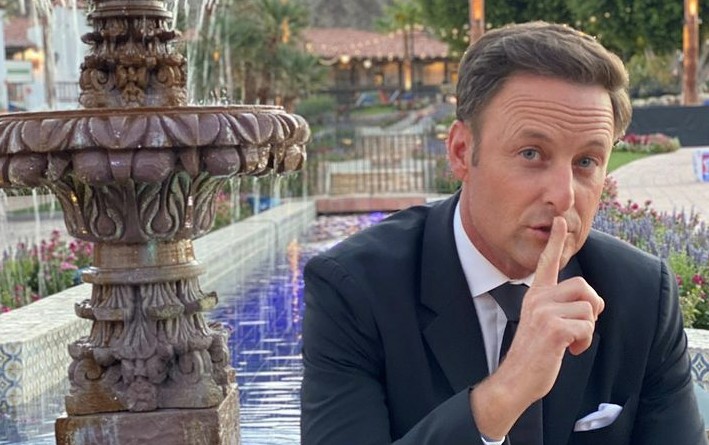 There are rumors flying that now-former Bachelor host Chris Harrison may be returning to reality television. So, what’s really going on? Is he returning to The Bachelor franchise after all? Or, if Chris moving on to new beginnings? Keep reading to find out what the speculation is all about.

Heavy shared the rumors about Chris Harrison heading back to reality television. Earlier in June, ABC officially announced Chris would not be returning to The Bachelor. Unfortunately, he is not returning. However, speculation is happening that he’s going to be hosting a different show. According to Heavy, it’s not just any show. He will reportedly be hosting a rival dating show.

Keep in mind it won’t be right away this transition happens. According to reports Chris is planning to return once his legal requirements to ABC are fulfilled. The show is said to be a new dating show and he will be the face of it once again. Sources said, “He’s taking a year off, but as soon as his non-compete expires, he’ll be back on another channel.” The source also said Chris is already boasting about this new show and how it will rival The Bachelor.

They went on to say, “He’s telling people with a straight face that he’s the best at the job by a million miles.” The source continued, “He figures revenge will be sweet when he can ram his post-Bachelor success down everyone’s throats!”

What happened with Chris?

Chris took time off from the show after controversy arose for him defending Rachael Kirkconnell. Many believed his time away was temporary, including Chris. However, when he learned there were rotating guest hosts for Bachelor in Paradise he chose to get a lawyer. According to sources, he believed his days could be numbered. So, he got legal help in obtaining a huge payout.

Chris spoke out about leaving the show and voiced his love for the time he spent hosting for nearly two decades. Many alums voiced their love to Chris. Many said the show would never be the same. In fact, one former Bachelor boycotted the show because of Chris leaving.

Chris is slowly making his way back out into the public eye and on social media. He and Lauren Zima currently live in Texas. Plus, Chris has been seen happy in recent days.

What do you think about the possibility of Chris returning to host another dating show?