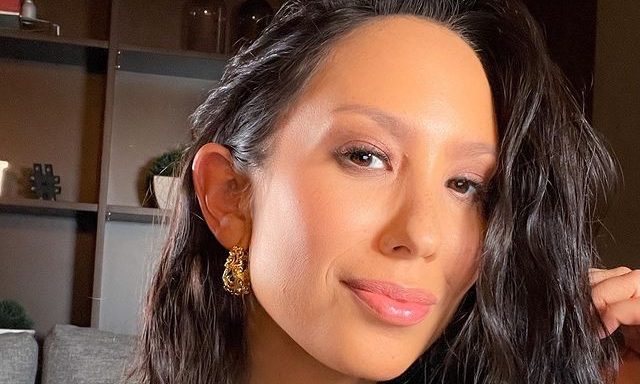 Dancing With The Stars pro Cheryl Burke has been pretty open about her battle with alcoholism. Thankfully, she’s been clean for three years now. But lately, she admits she’s having a harder time.

She and her Season 29 partner AJ McLean cohost a podcast together, “Pretty Messed Up.” Another friend, Rene Elizondo Jr. is another cohost. On the most recent episode, she got a little honest about her struggles.

Cheryl Burke began to slip on her anniversary trip to Hawaii

On a recent anniversary trip to Hawaii, thoughts of alcohol crossed her mind. She loves doing the podcast with her friends, but the thought of it all coming to an end really bothers her.

“I’ve realized … how codependent I am on the two of you in a way because I look forward to these conversations of sobriety, of AJ talking about your ups and downs in life, if it’s been rough at times, and you Rene, being that voice of God,” she said during the episode. “For some reason, I was thinking, ‘What if this was all over one day?’ And I had so much anxiety.”

But there was an incident in Hawaii really seemed to trigger Cheryl. The hotel in Hawaii sent a bottle of champagne to their hotel room to celebrate their anniversary, not realizing that she’s a recovering alcoholic. A similar event at a friend’s birthday party only made the situation worse.

“I have a lot of personal stuff going on right now at the moment, and so it’s been very … I feel like I’m walking on a really tight rope at the moment,” the DWTS pro admitted. “Therapy’s not working right now.”

At the end of the very vulnerable episode, Cheryl asked Elizondo to be her sponsor. He replied,

“Nothing excites me more than somebody that’s willing to do what AJ and I have done … Being open to what we’ve done, and I promise you start coming and you start hearing these other people’s stories, you get pumped in the same way that a Peloton instructor pumps you up.”

Cheryl Burke’s fans really hope that she will be able to keep up with her sobriety. The dancer has discussed how her own father battled with alcoholism and she doesn’t want to repeat his struggle.

Will the dancer return for DWTS Season 30?

ABC confirmed Dancing With The Stars will return for Season 30, but there is no official cast list yet. Although Cheryl Burke has been a staple of the cast for years, fans can’t be sure that she will come back for another year. As of February 2021, Cheryl still didn’t seem to have a straight answer for fans.

“My hips don’t lie, and I’m starting to get tendonitis. For a woman, as far as ballroom dancing competitively goes, normally in their 30s [they retire],” she said in a previous interview. Cheryl turned 37 in May, so she may very well be nearing the end of her career.

No matter what path Cheryl Burke takes, her fans wish her well and hopes she can keep on a healthy track. Be sure to keep following us online for the latest Dancing With The Stars news.

New Picture Of Fern & Ivy Seewald Surfaces On Reddit…Kind Of
It’s Official! JP Rosenbaum, Ashley Hebert Take Legal Action Amid Split
Danielle Busby Shows Us Why Parker Is NOT A Morning Person
‘The Bold and the Beautiful’ Spoilers, August 2-6: A Wedding For Steffy and Finn
New Photo Has Fans Concerned About Amy Halterman’s Weight Gain