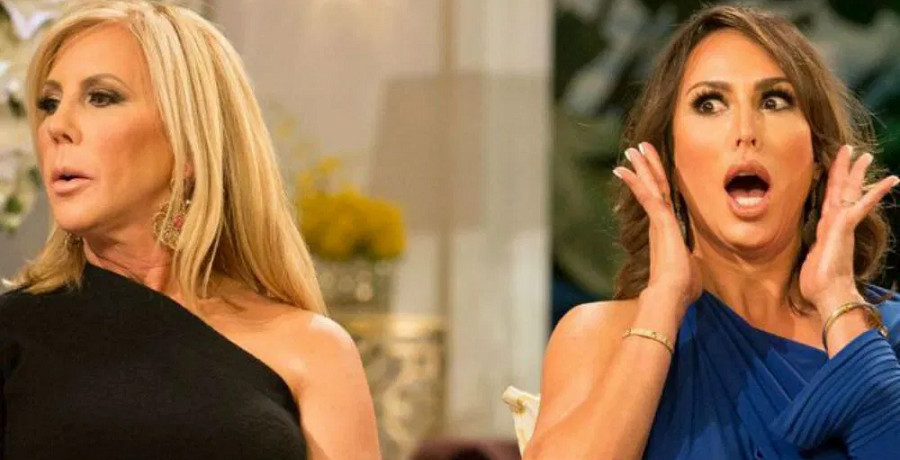 Vicki Gunvalson understands why Bravo fired Kelly Dodd. She had a lot to say about her former RHOC co-star. Last year, Vicki shocked fans when she announced her exit from the reality series. She was the OG of the OC, so it seemed like she was going to be there forever.

The insurance maven became the breakout star of the show. Vicki appeared on The Real Housewives of Orange County for 14 seasons. The show recently underwent a cast shakeup, which includes the firings of Kelly, Braunwyn Windham-Burke, and Elizabeth Lyn Vargas. The “Whoop it Up” podcast host agrees with the network’s need to get rid of the controversial reality star.

Vicki Gunvalson reveals why she thinks Kelly Dodd got fired

The reason why Heather left was because of Kelly. Vicki has a feeling that it could be the reason why Kelly had to give up her orange. Apparently, the two can’t be in the same room together. She agreed with the Bravo firings and cast shakeup.

“I think what they’re doing now with the new cast… so Kelly and Heather do not get along,” Vicki explained. “They live in the same community. And there’s just a riff and there will always be. Heather doesn’t think Kelly’s fancy enough and Kelly thinks Heather is too fancy. So whatever that is, at an elevated level… they’re not going to get along.”

But Kelly recently mentioned that she had lunch with Heather and her husband, Terry Dubrow. On Access Hollywood, one of the hosts mentioned that Kelly made for good drama, to which Vicki agreed. She changed her tune and said that Kelly’s controversial comments got the best of her.

“Her mouth is just awful,” Vicki said. “I mean to film with her, you never really knew she was going to go after you or not. I don’t want to bring it up all the mean things but when she got some mean, she called me later – or at the reunion – and she would say, ‘I don’t mean that at all.’ I’m like, ‘Then don’t say it! Don’t say it because you’re putting it out to the universe, and now we gotta defend it.'”

Despite the drama, Vicki Gunvalson still remembered Kelly Dodd fondly. The two became fast friends during Season 11 of The Real Housewives of Orange County. At the time, Vicki became an outcast and Kelly approached her. Vicki and Kelly formed a bond but their friendship had a harsh falling out.

Vicki admitted that some of her best memories on the show were with Kelly. She recalled their trip to Ireland when they went dancing at the bar. Vicki shared the never-before-seen moment on Access Hollywood. The duo escaped in the middle of the night to grab a snack and then they crashed into a party.

“We got back and we had to get ready to shoot at seven in the morning,” Vicki explained. “We never slept. It was just fun.”

Their differences only further drove them further apart. The television personality said it was sometimes difficult to film with Kelly. Regardless, Vicki wants Kelly to be happy. The Real Housewives of Orange County Season 16 will film sometime during the summer.

What are your thoughts on what Vicki said about Kelly? Do you agree that Kelly’s mouth was to blame? Sound off below in the comments.