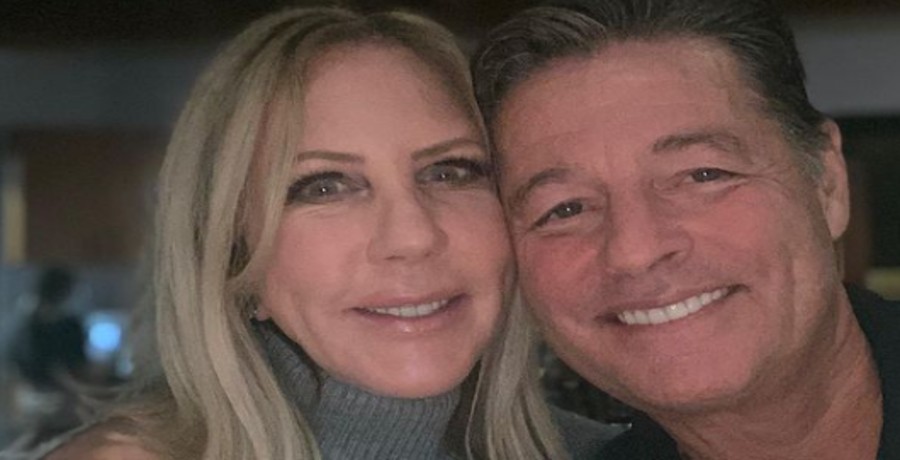 Vicki Gunvalson of Real Housewives of Orange County and Steve Lodge planned to get married in the summer of 2020. With the pandemic they chose to postpone the wedding. Now fans are curious if she is planning her wedding or if they are putting things on pause. A lot of couples experienced the same thing in 2020 and while some opted to push out the dates others just had small ceremonies or went to the courthouse. Fans wanted to know if she would be doing the same.

Gunvalson said they weren’t in a wedding planning place. She reminded people it’s her third marriage and Steve’s fourth, so they aren’t going to do all of that. Vicki also said they each have their own money and marriage isn’t a necessity.

What Is Vicki Gunvalson Focusing On Instead?

Vicki Gunvalson has been promoting her podcast, Reality with Vicki. According to US Weekly she and Steve are staying in Mexico in her condo. She is getting her work done from there. The fifty-eight-year-old started dating Steve in 2016 and the two got engaged three years later.

Gunvalson said the podcast she is focusing all her energy on is to bring encouragement to people. She said it will help people know what to do if they lose their job or get divorced. Vicki who founded Coto Insurance wants to help people know the type of insurance they should have and how to plan for things they can’t anticipate. 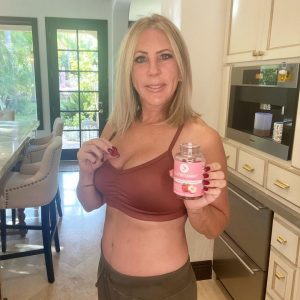 Vicki’s last Instagram post is a repost from Tamra Judge. It says, “please everybody let’s flood our timelines with Lord please Heal Our World.” Fans are, of course, getting political in the comments, but she’s not responding to it.

Vicki still has a lot of fans that support her. One commented on her New Year’s video, “You are such a beautiful person inside and out, wishing you only the best for this year ahead.”

In another video where she shared a video with Steve some fans commented he looked unhappy. One fan said, “Vicki you are so full of life and love. But sadly, Steve seems mean spirited and a real dud. Anyone else see that?” Other fans told him to leave Steve alone. Most men aren’t happy to be on camera and he can’t be judged by that.

What do you think about Vicki focusing on her podcast instead of wedding planning? Will you be listening to her for insurance and life advice? Comment below with your thoughts.