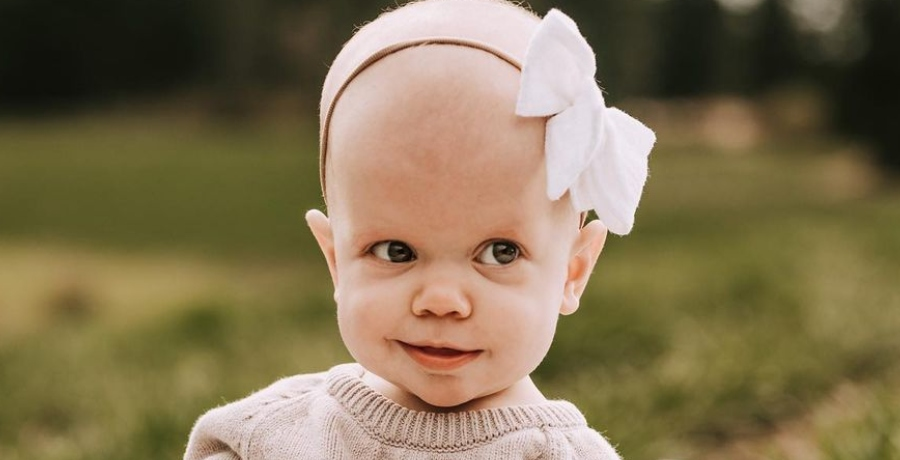 Tori Roloff and Zach Roloff’s daughter Lilah may need surgery. This comes seven months after her diagnosis. On Friday, June 25, a sneak peek at the latest episode of Little People, Big World. This doesn’t look for their adorable little one.

Doctors diagnosed Lilah with strabismus. She has to wear special eyeglasses to regain her sight. However, it may not be enough. Lilah may have to undergo surgery for this very reason. Read on to find out more.

Us Weekly shared a new clip of the upcoming episode of Little People, Big World. The couple revealed that Lilah Roloff will need to have surgery for her strabismus. While she wears glasses to realign her eyes, she also has to wear an eye patch for at least an hour a day. Both the glasses and eye patchwork together to correct her vision and the “inward turning of her right eye,” Tori says in the clip.

Thankfully, Lilah’s diagnosis is not “a super serious situation.” Doctors have been closely watching Lilah ever since they diagnosed her. The couple brings the 19-month-old in for an appointment every three months. Doctors want to ensure that her depth perception doesn’t change since one of her eyes turns inward. They want to monitor Lilah’s eye since that’s the main concern.

Their daughter may have to undergo surgery as a result. Understandably, this is a scary moment for the pair. Doctors assured Tori and Zach that the procedure is “quick,” so is the recovery. Lilah could return home as soon as within the same day. The couple is waiting to see if surgery is required.

The 30-year-old told her 31-year-old husband that she noticed their daughter’s eyesight has gotten “worse” over time. Tori had a feeling that Lilah would eventually need surgery. She notices when their tot is tired after focusing her eyes at long distances, which can make her cross-eyed.

Lilah Roloff struggles with her eyesight

Zach also took notice of their daughter’s sight. He noted that Lilah Roloff looks at distances “differently” from other people. He especially takes note when she is far away from him, but it’s not as bad when she has to look up close at him. The couple welcomed their bundle of joy in November 2019.

Tori and Zach also share a son, Jackson, 4. In November 2020, Tori took to Instagram to announce Lilah’s diagnosis. In her lengthy post, she explained to her followers that Lilah had the eye condition ever since she was born. Tori admitted that she had “mixed emotions,” but Lilah doesn’t seem to mind wearing eyeglasses.

“It’s going to take me a minute to get used to seeing my sweet bean behind glass, but I’m warming up to the glasses as we speak!” she continued. “Really, she does just keep getting cuter. Love you, sweet crossed-eyed beauty queen!”

In May, when she shared a photo of their toddler with just an eye patch, she assured her followers that she “doesn’t have a booboo.” The couple makes sure that Lilah corrects her eyesight. The new episode of Little People, Big World airs Tuesday, June 29 at 8 p.m. ET on TLC. Check back with TV Shows Ace for more news on Lilah Roloff.