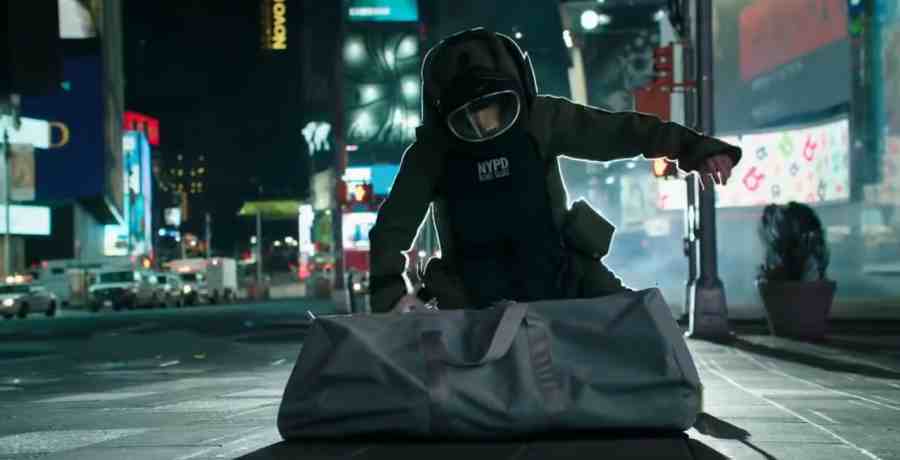 A year ago, the final season of NBC’s Blindspot wrapped, but the show has recently started appearing on Netflix in other regions. Are Seasons 1 to 5 of the exciting crime show coming to Netflix US? Let’s have a look at where things stand right now.

Blindspot originally premiered on NBC in 2015 and was one of the top shows the channel had aired in some time. The show averaged 10.8 million viewers during Season 1 but gradually dwindled down in numbers over the seasons.

The show, created by Martin Gero, ran for exactly 100 episodes on the NBC network. It stars Jaimie Alexander, Sullivan Stapleton and Audrey Esparza. Blindspot focuses on a mysterious tattooed woman, found naked inside a travel bag in Times Square by the FBI. The woman has no memory of her own past or identity. Meanwhile, the FBI discovers that her many fascinating tattoos feature clues to crimes they will need to solve. Alexander stars as the mysterious woman, Remi “Jane Doe” Briggs, while Stapleton plays Kurt Weller, an FBI special agent.

Despite her loss of conscious memories, the woman occasionally has flashbacks to her past life. In fact, she still retains a variety of combat and language skills. The FBI suspects she is a former Navy SEAL, whose identity was classified due to her involvement in special operations.

Since Season 5 wrapped, speculation is still doing the rounds that the show might return in some form. This is especially so after an incredibly cryptic final episode revealed a cliffhanger.

Will the show drop on Netflix US?

As to whether Blindspot will appear on Netflix US, it turns out several regions are already streaming the show. The regions are mainly in Latin American countries, like Argentina, Brazil, Colombia and Mexico.

Recently in June 2021, Netflix Canada acquired the streaming rights to the show, which could mean other regions are taking it up. As to whether Blindspot will drop on Netflix in the US, it is certainly possible, but it won’t be for a while.

Currently, Hulu is the streaming home for Blindspot, with all five seasons available to binge. The streaming site received the series initially in a catch-up capacity and now has it in full. As the show is distributed by Warner Brothers Television, the rights will eventually come up for grabs again. This is after the finale a few years ago was based on previous WB television titles. Many people believe HBO Max is the main home for any new WB TV show, but this isn’t always the case.

As per What’s on Netflix, at this stage, when the rights for Blindspot do come up, the show could head to Netflix. However, it is more likely to move from Hulu to HBO Max.

Would you like to binge all five seasons of Blindspot on Netflix? Let us know by dropping a comment below.

Wait, Are Amelia And Delilah Hamlin Extreme Sisters?!
Audrey Roloff Reveals Why She Kept Her Pregnancy A Secret
Duggar Family STUCK Under TLC’s Thumb, Trapped By ‘Counting On’ Contract
Wait, Anna Duggar NOT Jim Bob Forced Josh On The Rebers?!
Nanny Faye Says ‘Free Britney’ And Fans Are Here For It