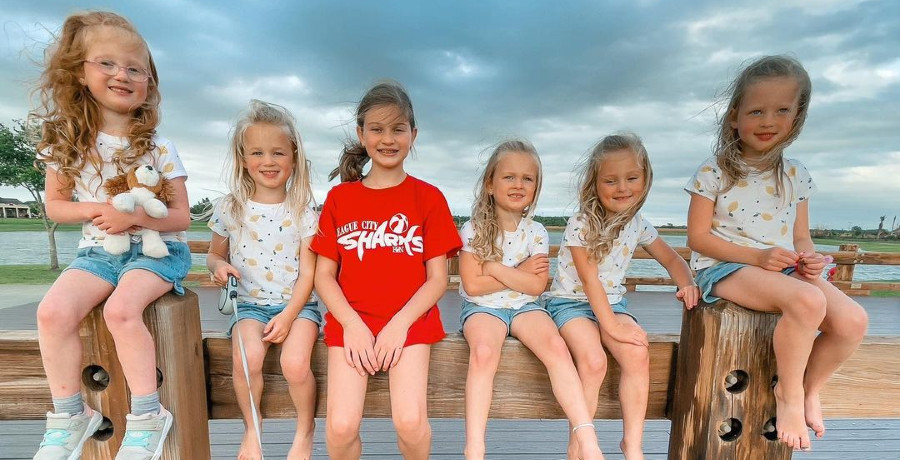 The OutDaughtered Busby quints seem like very fortunate little girls. The TLC family often takes nice vacations and when they’re at home, they enjoy a nice yard. It comes with its own playground and a swimming pool. Fans also know that they enjoy regular outings for meals, go shopping, visit the Texas Entertainment Xperience, and much more. For outdoor fun, they also have bikes and scooters. Now, they enjoy more things on wheels.

In the last season of the show, TLC fans saw that the kids all got new bikes. It took an awful lot of effort teaching the Busby quints how to ride, but they managed it in the end. Actually, Adam left the training wheels off one of the bikes, and Riley tried it out first. Soon, she got the hang of it. After a few spills, they all started enjoying themselves At the time, we reported that the bikes probably set Adam and Danielle back to the tune of about $1,000.

What Does Five Bikes Cost Adam & Danielle For The Busby Quints?

Sometimes, fans of OutDaughtered see the Busby quints out on their scooters. Actually, in the heat of summer, even those get a bit too much for the little girls. We reported that last year, the weather really warmed up in Texas. They went for an outing to the park, and the kids looked so hot and exhausted, that some fans suggested they go home and hop in the pool. Certainly, Ava looked worse for wear and had a sour look on her face, Adam Busby captioned his post with, “When you are about that Scooter life, but it’s over 105° outside.” However, this week, they were all smiled with their new toys.

OutDaughtered mom, Danielle Busby shared a clip of the quints enjoying zooming around the driveway. In her caption, she said, “we are obsessed with these Crazy Carts.” Then, she tagged Crazy Cart Official. The carts come from Razor USA, the same people who make scooters. TLC fans might wonder what it cost Adam and Danielle. However, it’s possible they got them to do promotions for the manufacturers. Over at Walmart, they retail for between $350 and $650 each.

It looks like the ones that the Busby quints from OutDaughtered got are the four-volt electric drifting carts. The quints can control the speed, which has a top speed of “12 mph.” Plus, it comes with a “drift bar for controlled drifts.” One reviewer said that that it’s a great way to get the kids off playing video games and spending too much time in front of the screen.

Remember to check back with us often for more news and updates about the Busby quints on TLC’s OutDaughtered.