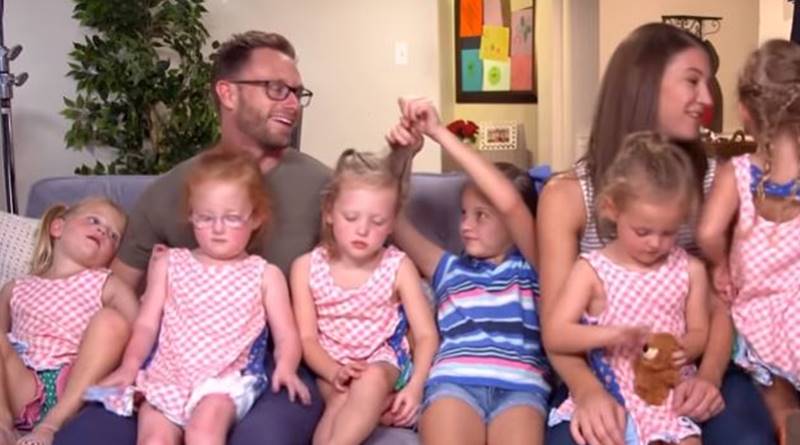 OutDaughtered fans love seeing the antics that the quints and their big sister Blayke get up to. Usually, smiling faces in colorful photos come from their dad Adam. But this week, the summer heat spoiled an outing on their scooters. The family often cycle or take their scooters to a nearby lake. But, the kids underestimated the heat and by the looks of it, their scooter outing ended up as a fail.

OutDaughtered – the quints go to the lake on their scooters

Adam Busby’s so good at capturing the growing personalities of his daughters on camera. This time, he caught Ava looking totally disgruntled. No way was she gonna smile for her dad by the looks of it. Adam’s photo showed the lake in the background. One other quint slumped over her scooter. Meanwhile, Ava just stood with her arms draped over the handlebars and a sour look on her face. That look just about wrote a book about the heat in Texas right now.

Adam Busby captioned his post with, “When you are about that Scooter life, but it’s over 105° outside.” Fans commented, as they always do, about how “cute” the girls look. But, others suggested that because of that sort of heat, the family should do home and jump in the pool. One OutDaughtered fan said, “Looks like somebody would rather be in the pool right now 🤭.” Another one agreed, noting, “Go back home and jump [in] that pool!! 🙃.”

Texas warms up a  lot but interestingly, fans from as far away as Ontario said their heat’s much the same. But for those who live in cooler regions, one fan noted, “Yikes that’s hot. Water break time!” However, one fan perhaps took things a bit far in temperature preferences. They said they left the heat back home and moved to Alaska. One person mentioned it’s at 85 where they live. But at 11 p.m on Monday night, Houston still sweltered at over 80 degrees.

The quints should be used to the heat. After all, they lived there for their entire lives. But Adam and Danielle originally came from Lake Charles, Louisiana. In fact, Adam and Danielle shared photos recently that showed the OutDaughtered family up there with his family. While they went away, renovations on their home started but, unfortunately, it looks like the renovations are still ongoing. Perhaps the family took an outing to the lake to get away from all the hammering and banging.

When you are about that Scooter life, but it’s over 105° outside. #microkickboard #itsabuzzworld #outdaughtered

These lucky OutDaughtered kids have a beautiful swimming pool at their disposal. So, no doubt, when they returned home, they ditched the scooters for a lovely cool swim. In fact, they got it both ways. One end is a hot tub, so they enjoy it throughout the year. Probably the kids spend a lot of time in the pool the coming months, Back in June, Houston authorities warned that people should watch out for heatstroke.