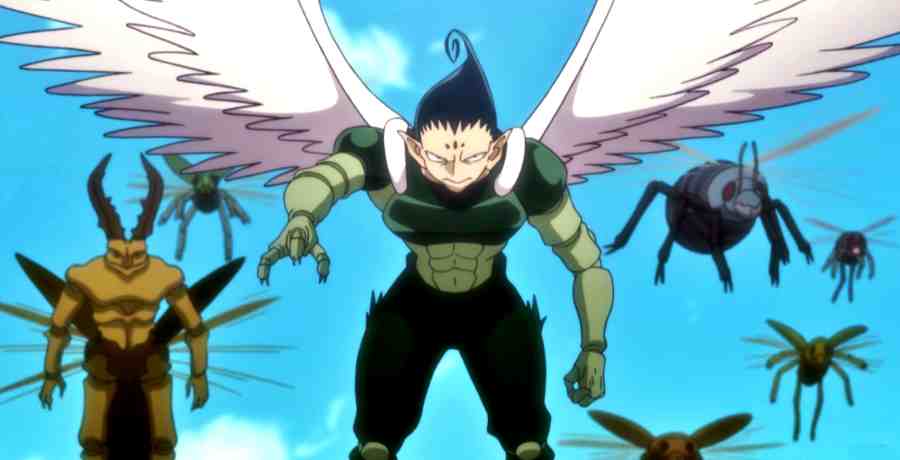 Anime fans have been impatiently waiting for the final two seasons of Hunter X Hunter to land on Netflix. It has been a while, but finally, Season 5 and Season 6 of the anime will arrive in July 2021. Finally, fans will get to see the Chimera Ant Arc and the Elections Arc on their favorite anime show.

Based on the manga of the same name by author Yoshihiro Togashi, Hunter X Hunter is a Japanese anime series. This is the second adaptation of the manga and has been arguably more successful than the first release in 2002.

The anime tells the story of Gon Freecss, the son of a legendary hunter. He aims to become a legendary hunter in his own right. Meanwhile, the young boy had been told all his life that both his parents were dead. However,  Gon and Killua begin playing the extremely rare video game Greed Island. It turns out the Nen-like properties of the game reveal some clues to his father’s whereabouts.

As noted by What’s on Netflix, Gon Freecss has endless potential and talent. However, he also has some great friends that will allow him to find his missing father. Together with Biscuit and Killua, Gon will learn to shape his abilities to their traits. Against all odds, the trio finally completes the game. Gon then claims the right to choose the artifacts that he needs to reunite with his father. He also aims at becoming the greater hunter ever in the process.

With the help of Biscuit, Gon and Killua train their Nen and learn to shape their abilities to their traits. During their stay on Greed Island, Killua takes a short break to apply for the Hunter Examination again, this time passes with success. The trio then completes the game together against all odds and Gon obtains the right to choose the artifacts from the game necessary to reunite with his father.

When are Season 5 and 6 arriving?

Season 5 and Season 6 are said to be as full of action, fantasy, adventure and friendship as the previous four seasons. After a long wait, fans will be thrilled to know that Season 5 and Season 6 of Hunter X Hunter will drop on Netflix on July 1, 2021. The last fans saw of the series was in 2014. However, it took so long to return because the anime was busy catching up to the manga series. This led to Togashi needing to take a break for health reasons.

Fans who are hoping for more Hunter X Hunter should note that currently, there will only be a total of six seasons of the anime show. However, over the seven years since the anime was last seen, many more chapters have been released, leading to a lot of material to adapt. While currently, it is said there will only be six seasons, with so much extra to adapt, fans shouldn’t give up hope. It could, eventually, return. In the meantime, readers can watch the trailer included here.