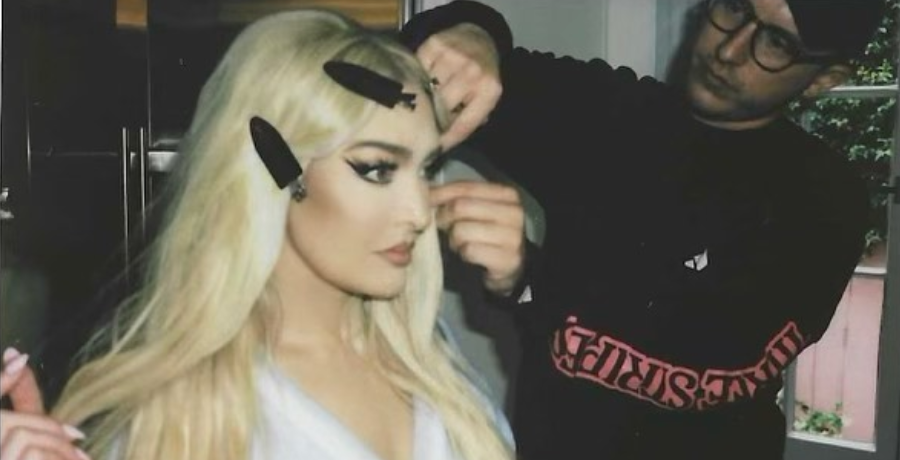 Erika Jayne caused a lot of drama lately. Her ongoing embezzlement case is making its own headlines. Last week, Hulu dropped the new documentary, The Housewife and the Hustler. The program shares a glimpse into Erika Jayne and Tom Girardi’s marriage and lifestyle. The ABC News Original also has interviews with alleged victims of the couple.

Erika has since kept quiet about the documentary. Instead, she promoted the latest episode of The Real Housewives of Beverly Hills. Photos of the makeup-free reality star pumping gas went viral on social media. The pop star clapped back at the reaction on Twitter amid her controversies.

Erika Jayne is barely recognizable in the latest outing

Erika Jayne didn’t look like her usual glamorous self. On Sunday, June 20, the RHOBH star pumped gas in Los Angeles. The Pretty Mess author went makeup-free in a T-shirt, black leggings, and sneakers. The photos immediately went viral on the internet. Some RHOBH fans sounded off the star who went for a laid-back look.

Some criticize her shirt, which read “Billionaire Boys Club” from the brand of the same name. Media outlets think the shirt is a call out to Erika’s ongoing legal issues. Some fans jumped to the Bravo star’s defense, claiming there’s nothing wrong with her casual look since she was running errands. Others were shocked that she not only went out without makeup, but she also could pump her own gas.

The Real Moms of Bravo fan account took the photo and turned it into a meme. The fan took to Instagram to post the caption, “If the newborn phase had a look” on top of the photo. Fans didn’t find the joke funny. Instead, they took to the comments section to call Erika’s look “contrived” and “staged” amid her embezzlement case.

RHOBH star reacts to the attention

On Monday, June 21, Erika Jayne clapped back at the critics over her appearance. She retweeted one fan who argued that the reality star “has always been her when she’s just hanging out with her friends” and added, “Exactly.” A second fan responded, “My thoughts every time I pump gas.” Erika simply responded with, “Seriously though.”

Erika had a message for her followers. She followed up with the message, “Goodnight Twitter, please be in full glam when pumping gas. Apparently, it’s a big deal. 🙄”  A third fan defended the star by writing, “It ain’t glamorous, man,” to which she retweeted and added, “Seriously though.”

Her latest social media post comes amid her ongoing legal troubles with estranged husband Tom Girardi. According to a notion filed by the bankruptcy trustee investigating Tom’s assets, Erika’s businesses received over $20 million in loans from Tom’s Los Angeles law firm, Girardi Keese. Per People, the bankruptcy trustee reveals in the court filing that she will investigate “witnesses who may first-hand knowledge of this widespread fraud.” The trustee also revealed that Erika’s legal representatives received “irrefutable evidence” supporting the allegations.

Erika Jayne previously took to Twitter to stir up some more controversy. RHOBH fans were angry when she posted an “insensitive” GIF on Tuesday, June 22. Per The Blast, Erika tweeted a GIF of her from the reality series that showed her saying, “Go be offended at your own life.” However, no one was laughing.

However, not all of the comments were negative. There were some supportive fans who reminded others that Erika has done some good in her life. Another simply responded that “haters are gonna hate.” The Real Housewives of Beverly Hills airs Wednesdays at 8 p.m. ET on Bravo.

Christine Brown Thrives Without Kody, Twins With Mom and Truely
‘Sister Wives’ Spoilers: Which Wife Fights For Christine Brown To Stay?
Jinger Vuolo & Daughter Evangeline Get Into The Holiday Spirit: See Photo
Kody Brown In Dog House With ‘Sister Wives’ Fans: Find Out Why
Todd Chrisley Has No Shame Blasting Someone On A Holiday