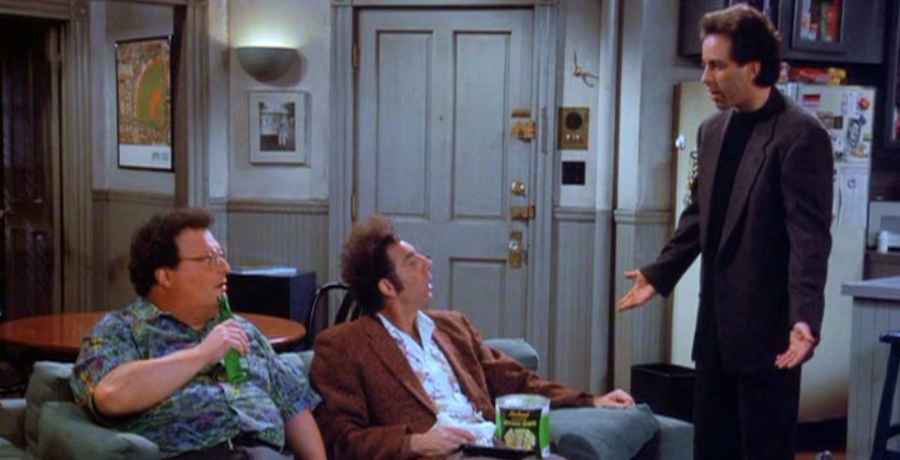 Seinfeld is one of those comedy series that rules eternal, but after the show left Hulu in June, fans have been getting impatient. They know Netflix picked up the show, but why isn’t it streaming there yet? Now we know why and when it will finally drop on the streaming channel.

Seinfeld coming to Netflix in September

Fans may remember that Netflix announced in September 2019 that it would be taking up the global rights to Seinfeld from Sony, the distributor. In fact, the streaming channel had to battle HBO Max, NBC Universal (Peacock) and Hulu for the rights. Meanwhile, Hulu already had the streaming rights in the US, which lapse in 2021.

Seinfeld finally left Hulu in June this year, but the popular sitcom won’t immediately be available on Netflix. It turns out it is now only expected to drop on the streaming channel in September 2021.

Seinfeld first aired on NBC from 1989 through 1998 and was extremely popular. Furthermore, with comedies performing well on streaming services, the popular show is now in high demand. However, many studios decided to take back licensing for themselves in the US, including Warner taking back Friends and Peacock now having exclusive rights to The Office.

How can we work out exactly when Seinfeld will drop on Netflix? Looking at when the comedy was first added to Hulu does give an idea of when the contract was coming up for renewal.

Originally, Seinfeld was supposed to arrive on Hulu in April 2015. However, the show was delayed and didn’t actually arrive until June 26, 2015. This was a huge deal for Hulu, as each episode was valued at $875k, with a total package price of $160 million. It is currently unknown how much Netflix paid for the rights, but it is likely much more than Hulu paid.

When does Seinfeld drop on Netflix?

This led fans to believe that all seasons of Seinfeld would drop on Netflix on June 27, 2021, but that isn’t likely to happen. In fact, according to Vulture, the popular series may not hit Netflix until September 2021 at the earliest.

They wrote that industry insiders close to the situation told them Jerry, Elaine, George and Kramer won’t land on Netflix until closer to the fall.

Which Netflix regions will stream Seinfeld

Those living outside the US, worry not, as Netflix has landed the global streaming rights to the series. This means every region covered by the streaming channel will have Seinfeld available to binge.

As to how many episodes will drop, all 180 episodes across nine seasons will be available to stream on Netflix. Also, Netflix will get all episodes in the upscale 4K format, depending on your region.

Are you excited to see Seinfeld drop on Netflix around September 2021? Let us know in the comments below.

Todd Chrisley Reveals His Vision Is Now A Reality
OH NO!!! One Of Todd Chrisley’s Children Confirms Divorce
Scheana Shay Confirms Engagement, Feels At Peace With Life
‘Love Island USA’: Does Javonny Vega Plan To Tell-All On YouTube?!
‘Y&R Spoilers : Who Kidnapped Mariah Copeland And Where Is She?