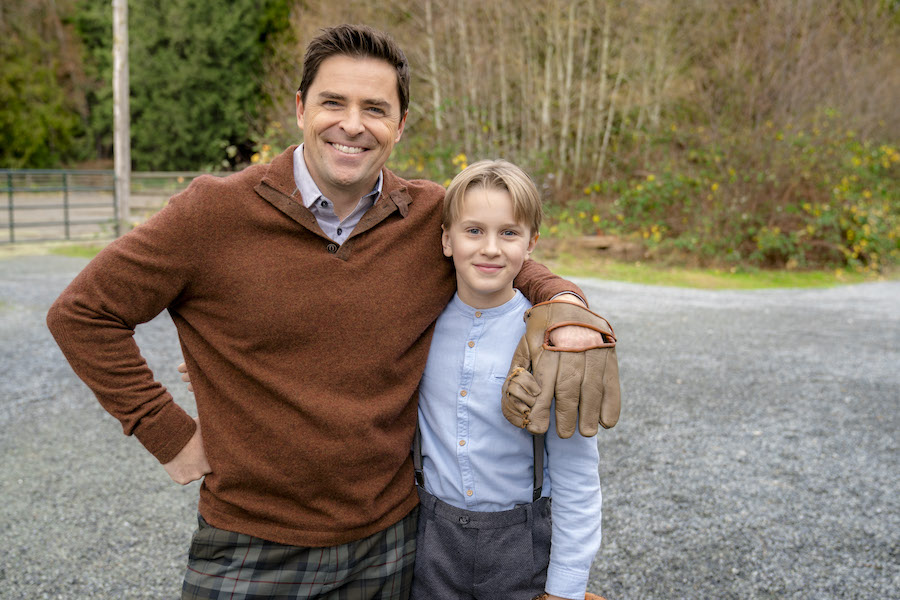 Fans of When Calls the Heart have not seen Carter Ryan, who portrayed Cody, Abigail’s (Lori Loughlin) son for a few years. So imagine the Hearties surprise when he has recently shared a photo from the heart of Hope Valley?

Why is he visiting and what can fans expect next for this young talent?

Carter Ryan Visits Set Of When Calls The Heart

When Calls The Heart fans have not seen Carter Ryan since he and Lori Loughlin took their characters Cody and Abigail out East. So, imagine Hearties surprise when he posted a photo of the Jamestown Set on his Instagram page.

Carter wrote, “What a cool pic 😎! Hey bro @jaiven_natt look who’s taller now 😉 #hearties #cody #robert#hopevalleyboys #lookinback @wcth_tv@hallmarkchannel @schearthomeRepost: @jamestownmovie We just HAD to redo this pose to show the growth in both boys. Such a fun day! They grow up so fast! Hallmark Super Channel Heart & Home When Calls the Heart #hopevalleyboys#Cody #Robert #hearties.”

Why Did When Calls The Heart Alum Visit Set?

When Calls The Heart fans who hoped that Carter Ryan was at the set to film may be disappointed. The Jamestown Movie Set, where the series is filmed, shared on Instagram that he was there to visit. Turns out, Carter Ryan and Jaiven Natt, his WCTH costar, Robert, reenacted a pose.  It has been a few years, and it is clear that they have both grown by leaps and bounds.

However, you cannot be a Heartie without some hope. Is there any chance that he could return? First, obstacles need to be cleared before that can happen. Now that Carter Ryan has piqued Hearties interest, there is now more conversation on whether he and Lori Loughlin will return to When Calls The Heart.

The first big hurdle is whether or not the show wants Lori back. Hallmark released the actress when the College Admissions Scandal was first released. The WCTH co-creator Brian Bird even shared that they were forced to make that decision by management. Moreover, Hallmark had just begun to air When Calls The Heart Season 6.

They stopped airing new episodes and the series decided to have Abigail Stanton and Cody leave Hope Valley so that she could care for an Aunt out East. It was a conscious decision to not kill off one of the show’s original characters. This has always allowed for the possibility of Loughlin to return. Before the season started, Chris McNally shared that he felt they were setting up for her return.

Not only did McNally’s Lucas get the girl, but he seemed to get this hint right. WCTH Season 8 seems to invite the opportunity to bring Abigail and Cody back. Abigail was mentioned in several key moments. In addition, Erin Krakow and other castmates have made it clear that they want Loughlin back.

However, this is a legal issue. They film the series in the Vancouver area. Moreover, Canadian law is much more strict. Loughlin will have to go through a legal process to get approval to work in British Columbia. Because the show’s writers have been working this Spring, and they should start production next month, they likely have already decided on the fate of Abigail Stanton.

If they plan on bringing back the actress to the series, they need to wait for Canada to make that important decision and fast.

Hearties, do you want to see Abigail and Cody back?