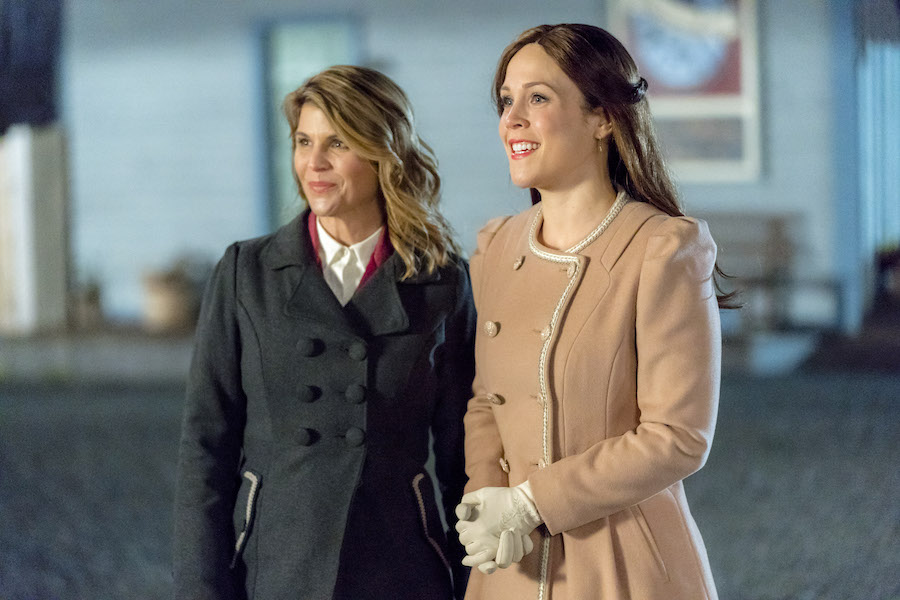 Actress Lori Loughlin has just been released from prison. Now that this ordeal is mostly over, she is already thinking of doing what she loves: Acting. But, what is holding her back?

What Is Keeping Lori Loughlin From Acting Again?

According to a source close to Lori Loughlin that spoke to People, the Garage Sale Murders star wants to get back to work. The source explained that “She previously expressed that she would love to act again at some point.” The source shared Loughlin’s love of her craft. “She always loved her career. She loves filming and creating movies.”

However, the source shared that one thing that is keeping Lori from moving forward with acting. “The only focus right now though is to reunite with Mossimo.”

Loughlin’s husband, Mossimo Giannulli is still in prison. He will be in jail a total of five months. Recently, Giannulli went into the F.C.I. Lompo facility. He is expected to be released on April 17, 2021. In addition to waiting for her spouse, Loughlin is also required to do 150 hours of community service. Her husband will need to do 250 hours.

Lori Loughlin may not be the only one thinking about her returning to acting. On Thursday, Erin Krakow shared a photo collage on Twitter. This includes all of her favorite things from 2020. The first photo is of Lori with Erin.

Back in July, Krakow posted a birthday greeting to her “forever friend.” Alongside the warm message was the black and white photo from her recent Twitter collage.

Moreover, Lori’s Fuller House castmates have shared that things didn’t “feel right” filming without her. It is pretty clear that she would be welcomed back to either show, if it were up to these actors.

#TopNine2020
Thanks for all of your support this year! 💛 pic.twitter.com/mDMLGMDMaH

Early in the fall 2020, When Calls The Heart co-creator and executive producer, Brian Bird, had something to say about Lori Loughlin. Without directly saying that he wanted Lori back on the show, he spoke of Lori’s trial period now. Moreover, Bird  shared that Hope Valley is a place for “second chances.”

In that same interview, Bird shared that back when Lori Loughlin was fired from the show, due to the College Admissions Scandal they were given a difficult “choice.” He explained that “Either the show was canceled,” or they had to “figure out something now.”

They fired Lori and then took several weeks to take the time to remove her from the remaining Season 6 episodes. Moreover, they did not kill her character, Abigail Stanton off of the show. Instead, viewers learn that she moved out east to care for a sickly relative.

Now, the question is whether Lori will be back. If there were more episodes of Fuller House, that would be the easier place for Loughlin to get back into acting. They film in Los Angeles.

On the other hand, many When Calls The Heart fans want her back. In addition to Hallmark’s decision, there are other concerns. One of those is whether the Canadian government will allow her to go into Canada to film a series. Her recent criminal record may prevent her from going to the Vancouver area, where they film the series. Canada can be very strict about allowing people who have had legal issues come across the border.

However, right now, Lori Loughlin is waiting for her husband Mossimo to return home. But, it seems likely that in 2021, she could start to revive her career again.