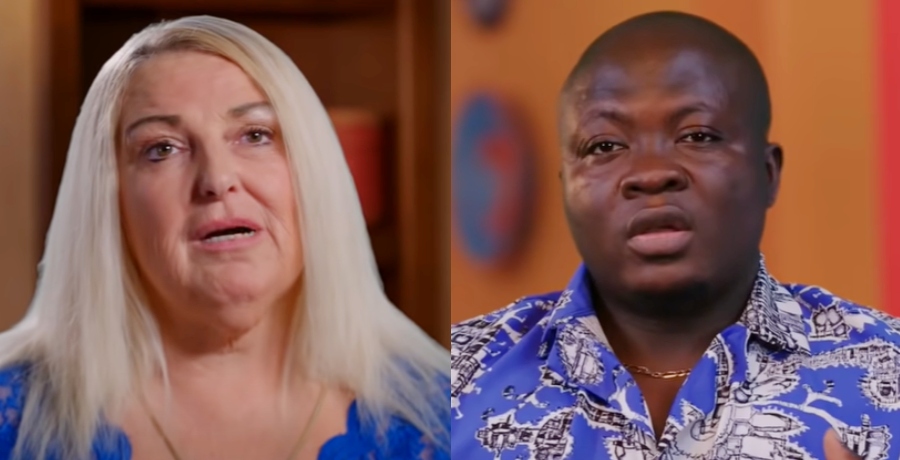 90 Day Fiance spoilers suggest that Angela and Michael fight over plastic surgery, having a baby, and more. In Happily Ever After, much drama comes out with a lot of unhappiness from Angela. But really, everyone knows that their same old story plays out season after season. In fact, with regular predictability, fans see Angela jealous and yelling at Michael. Actually, for years now it’s all supposedly been on the rocks.

90 Day Fiance spoilers: are Angela and Michael still married despite the drama?

If you follow Michael and Angela and at all, then you know that each season, she acts all unhappy. In fact, some TLC fans think it grows old and boring now. After all, they keep on coming back. Apparently, she loves him desperately. Each season, she gets all jealous every time Michael goes anywhere or speaks to any female. Then, they roll around to the eternal baby issue. He says he wants one, she can’t have one, so they better get a divorce. So, who could have possibly seen it coming again?

Sarcasm aside, 90 Day Fiance spoilers might suggest that even the ongoing baby drama seems milked out. Critics think that Michael’s growing anger about weight loss surgery’s really just to keep the storyline about the baby story going. He suggested that the money’s better spent on a surrogate pregnancy. However, as we pointed out; if he gets a surrogate in Nigeria, it won’t cost much. Plus, we noted that Gina Rodriguez probably cut a cheap deal for Angela’s surgery.

GPS tracker on his phone?

In the current season of 90 Day Fiance: Happily Ever After? spoilers revealed that once again Angela and Michael undergo trust issues. In fact, she wants to track him via his phone. Notably, as ET Online said, “the IT specialist named Claudio…said he couldn’t do that because it was illegal, even though Angela offered to pay him double.” However, he just walked her through it on WhatsApp and that resulted in another massive bust up. Drama like that just keeps coming. Actually, none of that ties in with what went down in May this year.

Checking around Angela’s Instagram reveals more possible 90 Day Fiance spoilers. Bear in mind the show that currently airs on TLC was probably filmed at least seven or eight months ago. If they already divorced, why would Angela greet Michael’s mother on Mother’s Day? On May 9, 2021, Angela wished her mother-in-law (her words), a happy day. If they really divorced, it’s unlikely that she’d refer to as her as an in-law.

What are your thoughts? Is all this talk about divorce just another go-round for the ratings on the show? Sound off in the comments below