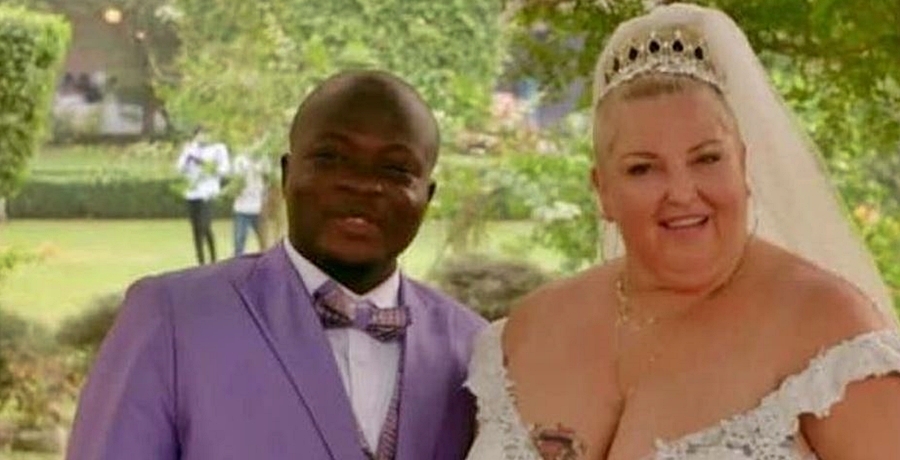 Michael And Angela Deem from 90 Day Fiance seem to bring a never-ending story to the TLC show. She’s too old and her fertility issues mean she can’t carry her own baby. Meanwhile, Michael, a Nigerian, really wants a baby, claiming cultural requirements. In the show, fans see much tension between them as she apparently blows money on cosmetic surgeries and he thinks she should rather spend the money on a surrogate mom. Well, fans are beginning to suspect that there’s a lot of drama about nothing, so are they milking the story about a baby for the show?

On the TLC show, fans hear the eternal story about how Michael must raise kids as it’s a cultural problem if he doesn’t. Well, checking up on Nigerian culture, it is actually an issue there. There’s no way Angela will allow him to take on another wife. Additionally, she finally hears the news that having her own kid won’t happen. For several seasons in the franchise, fans heard the story about this baby and some people grow bored with it. Still, it seems a useful storyline they can string it out for a decade and still remain relevant.

90 Day Fiance fans know that health-wise, Angela Deem smokes too much and did so for decades. However, somehow, to this day it’s the fault of Michael. So, she goes for hypnotic therapy. In the meantime, she also said that she lost weight because she feared heart issues. And yet, until recently, she still pursued finding someone to give her an egg for her pregnancy.

At the moment, she spends more money on her physical enhancements, and Michael argues the money should rather go for a surrogate pregnancy.

How expensive is a surrogate in Nigeria?

All the jumping through hoops about the cost of a surrogate pregnancy seems a bit silly, some fans think. After all, surrogacy becomes more popular in Nigeria these days. If Michael And Angela Deem did it through a Nigerian clinic, it would likely cost them less than $2,500 given the exchange rate. Meanwhile, as pointed out by  The Hollywood Gossip, the 90 Day Fiance star is managed by Gina Rodriguez. Everyone knows that she sometimes organizes cosmetic surgery for her clients like Mama June Shannon for next to nothing.

Michael And Angela Deem could probably afford a surrogate and then the storyline would come to an end. After that what else could they bring to the show? Perhaps he finally makes it to the USA and allows his woman to dominate him. Of course, that would never happen in Nigeria, so it seems that’s one place where he crossed the cultural line already.

What are your thoughts about the baby and finances and the reality of the two reality TV stars? Sound off in the comments below.

Remember to check back with us often more rumors, opinions, and spoilers about Michael And Angela Deem from TLC’s 90 Day Fiance.