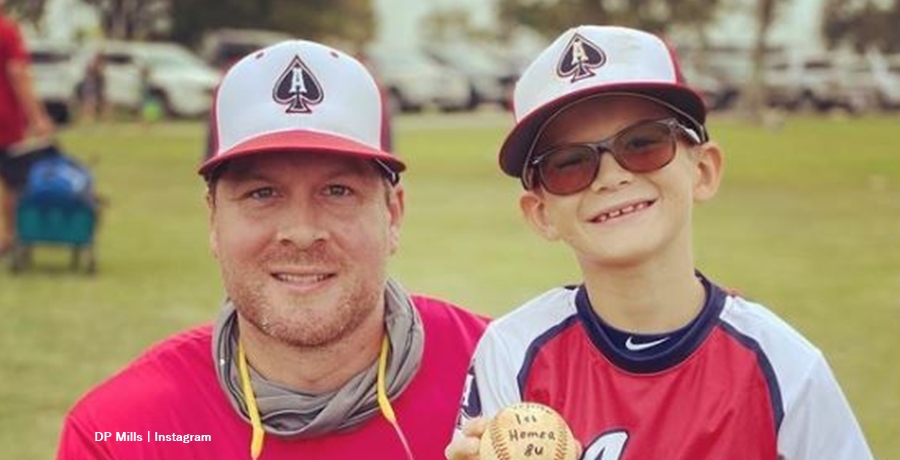 Outdaughtered fans adore Uncle Dale on the TLC show along with Crystal, McKenzie, and Bronson Mills. They don’t appear all the time but get a lot of fans because Dale’s very funny. Mind you, last season, a serious time arrived when he tested positive for coronavirus. However, everyone else seemed fine and he later joined the others on a trip away. The family doesn’t always celebrate every special day with the Busbys, and this Father’s Day, they did their own thing.

Outdaughtered star Uncle Dale is very proud of his son

Bronson Mills enjoys playing baseball, and this year, he kickstarted the season in March. His mom and dad enjoy traveling for the various tournaments to watch their son play. Actually, they seem like quite a good team. So, as spring drove away the ghastly winter freeze from Texas, it seemed better fun getting out in the milder weather and watching him compete on the sports field. Meanwhile, his sister McKenzie tends to play sports with her cousin Blayke.

Bronson also plays golf with dad sometimes, and on National Son’s Day last year they enjoyed a nice game together. If you’re not sure how Outdaughtered fits in Uncle Dale and Bronson Mills, he married Crystal, Danielle Busby’s sister. Bronson and McKenzie are the quints’ cousins. TLC fans really like Adam’s brother-in-law as he’s very funny and comes out with some hilarious comments. Sometimes, fans see Bronson and his sister out and about on the show with the Busby family on various vacations.

Taking to his Instagram, Outdaughtered star Uncle Dale shared a photo of himself and Crystal with their son. In his caption, he wrote, “Best Father’s Day ever! 8U champs in the Scrap Yard Father’s Day Classic!” Clearly, the team performed very well, as he added the hashtag, “#undeafeatedallweekend.” One follower commented, “What a fun weekend! Bronson! What a dude!”

Another Outdaughtered fan of Uncle Dale and Bronson Mills noted, “Bronson is collecting a lot of bling! 👏🏼👏🏼” Meanwhile, other parents who enjoyed doing the same sort of thing with their kids also said they enjoyed their Father’s Day very much. One TLC fan wrote, “Been there, done that. 👏👏🙌 we were at Baseball USA today.” Obviously, if you love baseball, then you can find a lot of common ground with the extended family of the Busbys.

What are your thoughts about Bronson doing so well at sports? He really seems to be shining these days. Do you think that one day we even see him play professionally?  Sound off in the comments below.

Remember to check back with us often for more news about TLC’s Outdaughtered star Uncle Dale and his son Bronson Mills.