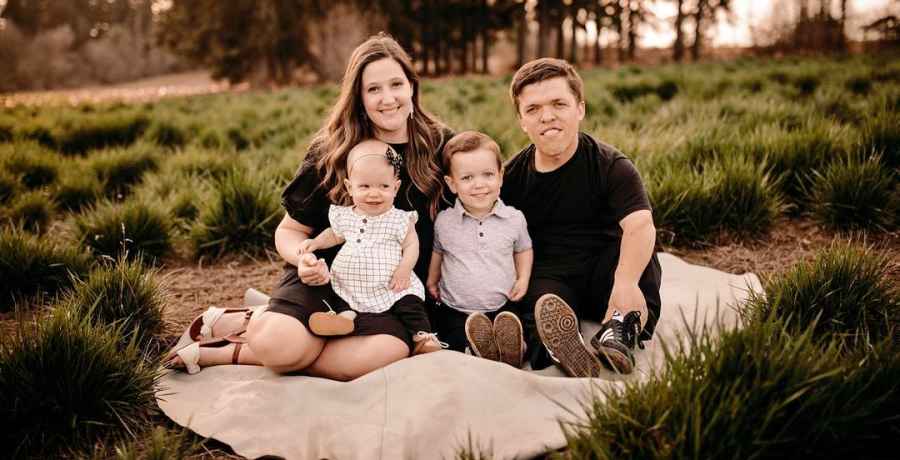 LPBW stars Tori Roloff and Zach Roloff sadly suffered a miscarriage back in March. Tori opened up about this in a recent interview, saying they are still hoping to have another baby one day. Could they end up adopting?

Tori and Zach Roloff have two children – Jackson, 4, and Lilah, 19 months. However, there was going to be another baby in their family, but regrettably, Tori suffered a miscarriage in March. Us Weekly interviewed the couple on Thursday and brought up the subject.

Tori, 30, said she thinks they are still hopeful that one day they will get to have another baby. However, she did admit that until then, they are “just kind of happy” where they are. The TLC reality star did say that adoption is “definitely” on the table for her and Zach, 31. Her husband agreed, saying he respects and adores people that adopt or foster children. In fact, Zach said they are “amazing.” However, he did say this is not something they have necessarily talked about.

The LPBW stars are parents to a son, Jackson, 4, and a daughter, Lilah, 19 months, so they do have their pigeon pair. The couple joked that their eldest doesn’t ask for any younger siblings, as he already has to “share” his parents.

The couple mentioned that Jackson knew when Tori was pregnant. However, Zach said they stopped talking about it after the miscarriage. Since then, Jackson hasn’t asked about it. As Zach and Tori went through a traumatic time over the miscarriage, Jackson went to stay with his grandpa and got a lot of farm time.

About the LPBW stars’ miscarriage

In was in March this year that Tori and Zach shared the news of the tragic miscarriage. Tori wrote that they had been so excited to find out they were expecting baby No. 3 and couldn’t wait to share. However, at eight weeks, Tori went in for her first ultrasound only to discover they had lost their sweet baby two weeks earlier.

Tori wrote at the time that she has honestly never felt loss like she did at that moment. She admitted that she has never felt “so sad, angry and scared in a single moment.” Tori had no symptoms to show they were losing their “sweet angel baby.” However, nothing could have prepared her for hearing that the baby was gone.

Tori said her husband, Zach, was her “unwavering rock” and has been by her side through it all. She added that she couldn’t have done it without him. However, she said the loss of the baby was “definitely the hardest thing” she has ever gone through.

Roloff said it was pretty traumatic, but she has two happy, healthy, beautiful kids she gets to love every single day. Tori said that is what she tries to remind herself and she is still “blessed for sure.” Readers can watch the full interview on Us Weekly’s website.

Keep up with all the latest LPBW news on TV Shows Ace.