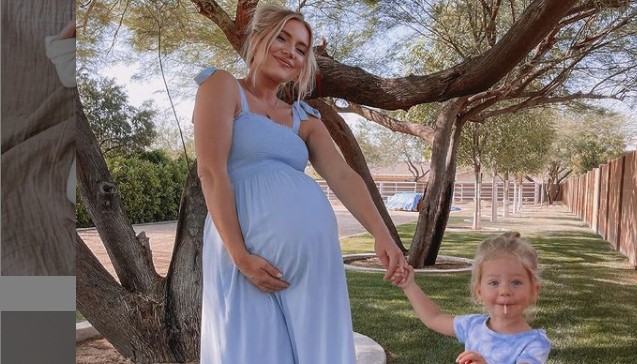 It’s been a long week for Lauren Burnham and Arie Luyendyk Jr. The Bachelor couple welcomed twins into the world on June 11. Lauren delivered their son and daughter via c-section. Their son was able to go home when Lauren was discharged. However, their daughter remained in the NICU due to some respiratory issues. Yesterday, Lauren was able to take their daughter home and surprise Arie. Now, the couple is sharing their babies names with fans.

Lauren and Arie both went to Instagram to share their twin babies names. They introduced their son as Lux when he met sister, Alessi. However, they kept their daughter’s name a mystery until she was able to join them at home. Now, they are sharing her name and both twin’s middle names. So, what did they name them?

Lauren shared a photo of the twins on Instagram laying side by side. It revealed their daughter’s name as Senna James. Their son’s name is Lux Jacob.

Back in May, Lauren and Arie shared with People they have had their twin’s names picked out for quite some time. Lauren said, “We’ve had them picked out for the last couple of years.” She continued, “We came up with [our daughter] Alessi’s name. Right after we decided on her name, we actually chose the next two for our boy and our girl. It just ended up working out where we’re now having a boy and a girl. So we’re just gonna use both of those names that we loved.” 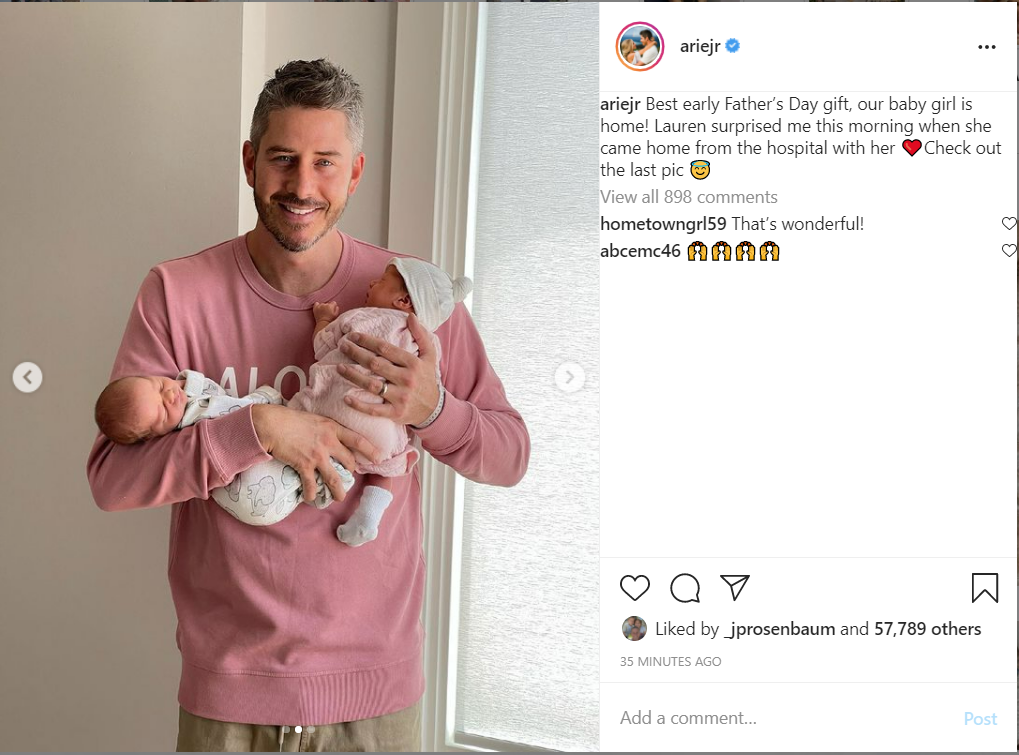 A family of five

Now that their daughter is home Lauren and Arie’s family is complete. They are a tired but happy family of five. Arie shared today that the twins did great last night. He even said he and Lauren were able to get a little bit of sleep. Both parents are over the moon to have their twins both home for Father’s Day.

Alessi has also been doing well with her new brother and sister. The couple shared photos of Alessi holding Senna and Lux yesterday. Three young children will be hard to manage but Lauren and Arie are ready for the challenge. Lauren had a great pregnancy with the twins and is ready for this next chapter. 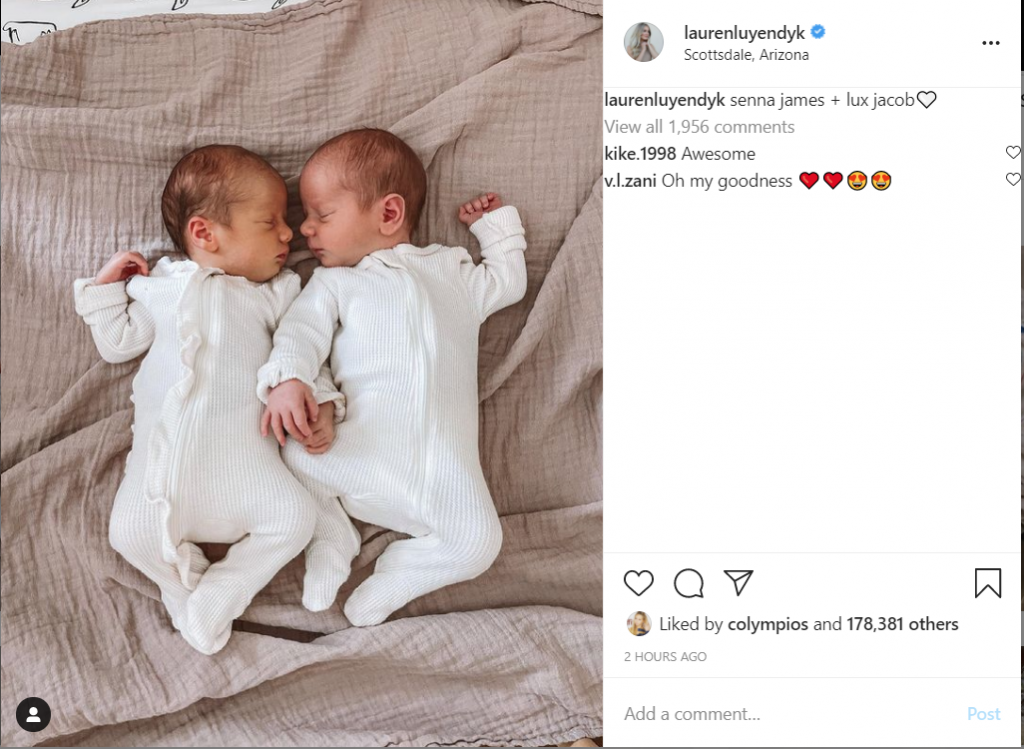 Lauren and Arie have not said if the twins will be their last babies. Do you think they should have more?

Stay tuned for more updates on this adorable family.