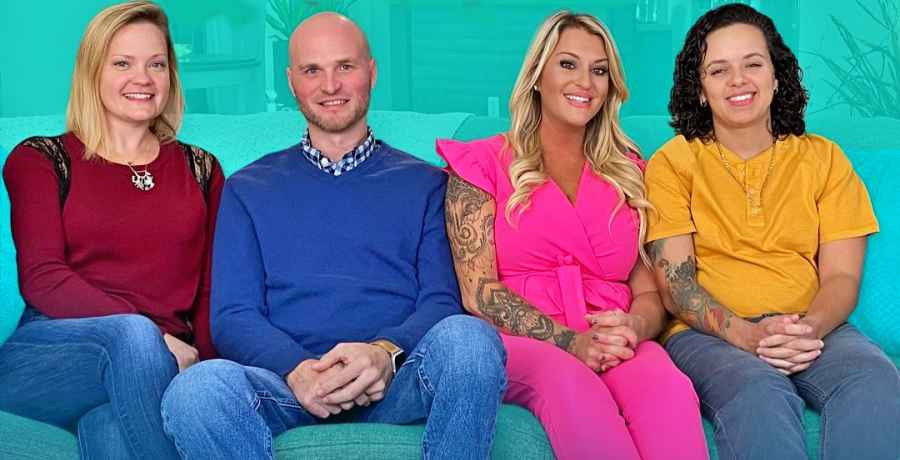 TLC is known for pushing the boundaries when it comes to reality TV and they have done it again. Their new show for the summer is You, Me & My Ex, a series that follows five couples. However, this is a show with a difference, as each couple has a former flame involved in their current relationship. When does the new series premiere, who is on the cast and what can you expect?

In the latest teaser clip posted by TLC on Wednesday, June 16, we meet Jerry, Kayee and Jerry’s ex-wife, Jessica. Jerry says that he and Jessica have four children and now live under the same roof with Kayee. Who is Kayee? She is Jerry’s latest girlfriend, who Jessica has concerns about. She says this is especially hard as he has a habit of “dating the wrong women.”

Meanwhile, Alex, Caroline and Alex’s ex-boyfriend Stephen are quickly learning that three is a crowd. It turns out Caroline helped Alex over his split from Stephen, who had been unfaithful. However, now Stephen isn’t prepared to walk away from the relationship.

We're only days away from the series premiere of #YouMeAndMyEx! Tune in SUNDAY at 10/9c.📺 pic.twitter.com/BWrOSy0fnE

Jimmy, his wife Wendy and his ex-wife Lisa, along with Lisa’s fiancé, Jack, are also part of the cast. It turns out Jimmy and Lisa have various issues they need to work out after their split. Meanwhile,  former neighbors, John, April, John’s ex-wife Loren and April’s ex-husband Roy are trying to figure out how to deal with their complicated relationship.

After Jennifer and Josh were married for five years and raised a son, things have gotten complicated, as Danielle and Jennifer’s wife, Chantel come into the picture.

What can fans expect from You, Me & My Ex

According to TLC, we can expect plenty of drama, as relationships, marriage and children are no longer “one-size-fits-all” with these couples. They will “redefine the norm,” break the rules and forge their own paths in life. They wrote that viewers will get a first-hand look into the unique advantages and challenges that come with having an ex as a third wheel. Along the way, one couple will renew their vows, hoping that both of their exes attend. Another couple of exes get matching tattoos, while yet another former couple live under the same roof with a new girlfriend.

Judging by comments to TLC’s post on their Instagram account, most followers aren’t exactly impressed. Scrolling through the most recent comments brings little excitement. One follower wrote, “Why is this even a thing? LOL.” Another simply suggested they cancel TLC, while another commented, “Seriously?” A shocked TLC fan wrote, “Issa no for me,” asking TLC where they find these people.

However, there were a couple of more positive comments. One fan asked if this is for real, saying they are definitely watching while another commented “Can’t wait!” Another wrote, “Who in the world would agree to this?? Yeah, that’s a great way to start a new relationship,” before adding, “But, I’ve still gotta watch!”