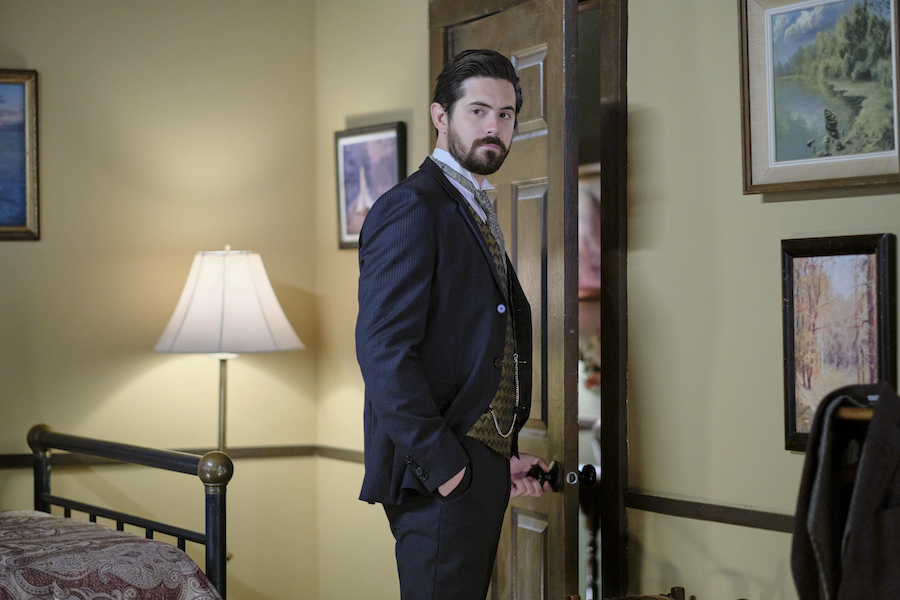 When Calls The Heart fans, particularly Team Lucas, may decide to hitch their ride from Hope Valley to Riverdale. That is because actor Chris McNally will be on Season 5. What do we know about his new role?

When Calls The Heart Star Chris McNally On Riverdale Season 5!

Hearties, particularly Team Lucas should be thrilled to learn that Chris McNally will be in Riverdale Season 5. According to an Instagram post and photo by Riverdale creator, Roberto Aguirre-Sacasa, the When Calls The Heart star is part of the cast.

Aguirre-Sacasa wrote, “Aaaand that’s a wrap on Season Five of #Riverdale. So grateful to everyone who worked on this crazy show this crazy year, under crazier-than-usual circumstances. All the writers and directors and editors. And especially our tireless, amazing all-star cast and our beyond heroic crew, who somehow kept the ship on course. (Special shout-out to @robingivens for bringing us home.) Really excited about our next batch of episodes. They’re some of the best we’ve done. And after that, a break. And after that…💥🚀💋🔥💃🏾👯‍♀️🌪🤡👽👀👫👨🏼‍🤝‍👨🏽👠🕷🐍🦂🦋🐀🍒🍔❤️‍🩹💍🤰🏼🌊🎰”

On the left side of the photo, just to the left of the Josie and the Pussycats sign is Chris McNally. Bearded and beaming, he looks like he is firmly implanted with the cast! It should be noted that Cole Sprouse is not in that photo. There is no for fans to be concerned. Sprouse wrapped up early to go to Los Angeles. He had another project to film.

What Role Will Chris McNally Play On Riverdale?

Chris McNally is in Riverdale Season 5, but what sort of role is he playing? Currently, there is no information. IMDb does not even have him listed in the cast. However, the speculation is that the Snowkissed star likely is playing a character connected to the musical group.

In addition, it will be interesting to see how big his role is, as some of the Riverdale filming schedules coincided with McNally’s Hallmark schedule. It sounds like he really made it all work!

The big news is that Chris McNally is part of Riverdale Season 5. However, most recently on When Calls The Heart, his character, Lucas Bouchard, won big time. He won the heart of a special schoolteacher. Elizabeth Thatcher Thornton (Erin Krakow) ended Season 8 by choosing the dapper saloon owner.

This has made many Hearties threaten to jump ship. These members of Team Nathan are quite distraught. However, McNally hopes that they will not make good on their word. Back in May, Chris went to Twitter and promised fans that it will be worth returning for When Calls The Heart Season 9.

“#Hearties thanks for being so invested in WCTH! Love your passion. For those voicing they won’t be back, we’ll miss you, but I’m looking forward to shooting it for those who will. HV has more stories to tell.”

Hearties, are you going over to the CW to watch Riverdale Season 5 with Chris McNally?