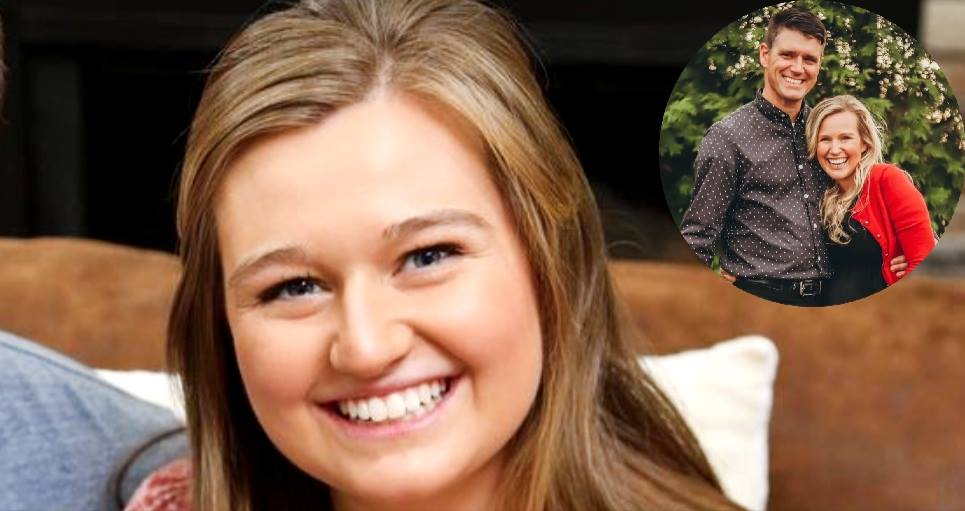 As we reported earlier this week, Kendra Caldwell Duggar’s parents, Paul and Christina, shared a new photo of their baby girl. They had their ninth child, Moriah Faith, on May 17. Prior to sharing the photo this week, they seemingly kept the baby hidden from the public. They had shared a couple of snaps on their Instagram stories, but those weren’t visible for very long. Instagram stories only stay up for 24 hours.

Now, Counting On viewers have taken a look at the new photo the family shared, and they are starting to worry about the baby girl.

Kendra Caldwell’s parents called out for not holding newborn correctly.

Over on Reddit, Duggar family followers chatted about the photo and noticed that it doesn’t look like Christina and Paul are supporting their baby’s head. As mentioned, the baby arrived on May 17. This post is from June 15. So, the baby was no older than a month old in the photo. Because the shoot was done by a professional photographer, it’s possible it was done several weeks ago and the photos had to be edited. So, the baby was very young when these pictures were taken. This means she’s not old enough or strong enough to support her own head.

One user writes, “What a weird way to hold a baby lol. ” Another adds, “Literally 0 neck support.” Someone else chimes in, “Poor kiddo is so unstable and they are basically holding it by the feet.” This is the couple’s ninth child together. They also have three grandchildren. So, by now, they should know how to properly hold a newborn baby and support their head. One user points out, “Not sure if this is the case here, but I know that newborn photographers often use composites to achieve the more difficult poses. A little Photoshop can go a long way.”

Someone thinks Christina might be holding the baby so that her head and neck don’t need to be supported. They write, “I think because she’s burritoed so tightly, the mom’s hands are able to hold her up fairly securely. Like holding an actual burrito from the bottom, lol.”

So, do you think the baby is okay in the new photo? Do you think Christina and Paul Caldwell need to support her head? Let us know in the comments below.

For more updates about Kendra Duggar and the rest of the Caldwell family, check back with TV Shows Ace.