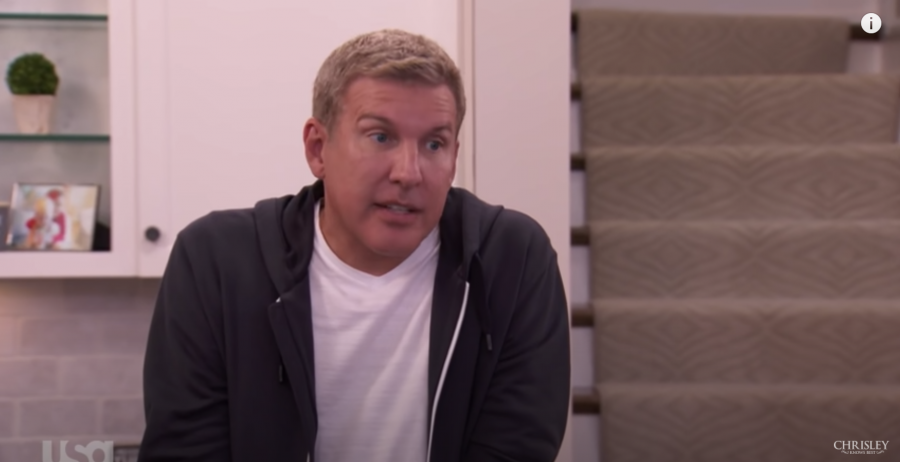 Todd Chrisley followers want to know who died and made him so righteous. As Chrisley Knows Best fans know, he regularly takes to his Instagram. Notably, his Instagram content ranges from family happenings to words of wisdom. Furthermore, not only does Todd Chrisley has a flare for the dramatic, but sometimes, his posts are cryptic. Does he take his latest post too far?

Lately, if Chrisley Knows Best Todd Chrisley isn’t sharing photos of his family, or dropping receipts about his Georgia Department of Revenue drama, he’s posting cryptic quotes on his Instagram. However, Todd Chrisley and his latest post have some disgruntled followers wondering who died and made him so righteous.

Recently, Todd posts a quote on his Instagram that reads as follows:

Some people around you want your FAVOR, but NOT your Friendship! The Lord gives you wisdom to discern between leeches and LOYALTY! Consecrate your Circle!”

With that, he writes the caption, ” Wisdom to discern…” Frustratingly, there isn’t any context to know what Todd Chrisley is talking about now. Notably, most of the comments are supportive and like the post. One fan writes, “I really need to work on that cause I’m too trusting of people.” Another fan relates with the post by writing, “Had to walk away from a friendship for this very reason!”

One internet troll asks Todd Chrisley ‘Who died and made you so righteous??’

However, not all of the comments are rays of sunshine and rainbows on this post. Clearly the author of this next comment isn’t a Chrisley fan. The comment reads, “I really don’t think it’s your favor to cal anyone leeches or be discerning. Nobody is looking for Todd advice. Who died and made you so righteous??” Interestingly enough, Todd and Julie Chrisley’s weekly podcast, Chrisley Confessions disproves this man’s argument. Fans regularly call into the podcast seeking advice from Todd.

Next, this disgruntled follower gets a response from Todd Chrisley (who didn’t die, and doesn’t seem righteous). Todd responds true to his nature and his fans wouldn’t expect anything else. The Chrisley Knows Best patriarch writes, “if you don’t like what I have to say or post do us both a favor and unfollow, sorry you are so miserable.” It seems like Todd Chrisley passes this way of handling trolls down to his children. Savannah recently shares a similar sentiment when haters came after her friends.

What do you think about this Todd Chrisley post? Do you think Todd is being righteous? Let us know your thoughts in the comment section below. Make sure to come back to TV Shows Ace for more Chrisley Knows Best news.