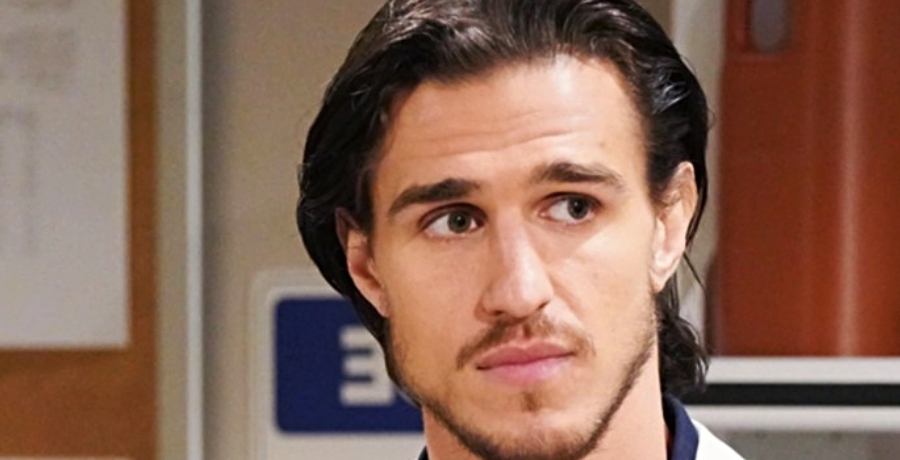 Talk about a Bold and the Beautiful plot twist. As viewers know, Vinny Walker was left for dead. Liam Spencer (Scott Clifton) accidentally ran him over. Liam was in so much shock that he ended up passing out behind the wheel. His father, Bill Spencer (Don Diamont) took it upon himself to drive off while leaving Vinny to die.

He didn’t think twice about his actions. Bill just wanted to protect his son at that moment, so he dragged Liam into the car and drove off. Then he left the vehicle behind and brought his son back to his house with him. Since then, Liam confessed and both father and son could find themselves behind bars for life.

Now, it looks like their nightmare could come back to haunt them.

Is Vinny returning to The Bold and the Beautiful?

The Bold and the Beautiful spoilers reveal that actor Joe LoCicero could make another return to the CBS daytime soap. Vinny could reappear as soon as next week. It doesn’t seem like he’s making a return from the dead since it’s nothing like Passions. Whatever happens, is going to impact the lives of several characters forever.

Currently, both Bill and Liam are behind bars. Hope Spencer (Annika Noelle) will have to lean on Thomas Forrester (Matthew Atkinson) during this difficult time. Liam asked Thomas to look after Hope and their children. That was an offer that Thomas couldn’t turn down. He cares about Hope’s happiness and wants to look out for her since he still loves her.

On Monday, June 21, Thomas looks back at texts sent by his late friend. He will make an online discovery when he reads back at them. Fans will have to look closely for these clues. Bill’s lawyer Justin Barber could finally get his revenge for Thomas running Emma off the road and causing her death. Vinny’s return will definitely lead to more plot twists on the show so stay tuned.

Joe LoCicero speaks out about his exit

Joe LoCicero previously spoke out about his departure from The Bold and the Beautiful. His character’s death came as a shock to the actor. LoCicero told Soap Opera Digest that he didn’t have much time to prepare.

“Brad gave me a heads up a couple of episodes before, which was cool of him to do,” he said. “It wasn’t a lot of notice because they wanted to keep the story a secret. I actually didn’t know that Vinny switched the paternity test results until, like, two days before that episode. They wanted it to be such a huge secret that they didn’t even tell me.”

It was a well-kept secret. Vinny’s death also came as a shock to fans. Some loved the drug dealer-turned-lab-technician. LoCicero made it clear that he’s open to returning to Bold and the Beautiful no matter what. He enjoyed taking on the role of “hapless Vinny.”

What are your thoughts on Vinny returning to B&B? Sound off below in the comments.

‘American Pickers’: Frank Fritz Did Rehab Before Getting Fired
Would Michael Allio Accept An Offer To Be ‘The Bachelor’ Next Season?
‘Below Deck Med’: Is Lexi Wilson Engaged? Malia White Spills The Tea
MTV & TLC Collide: ‘Teen Mom,’ ‘90 Day Fiance’ Crossover?!
How Many Episodes Are In ‘When Calls The Heart’ Season 9?