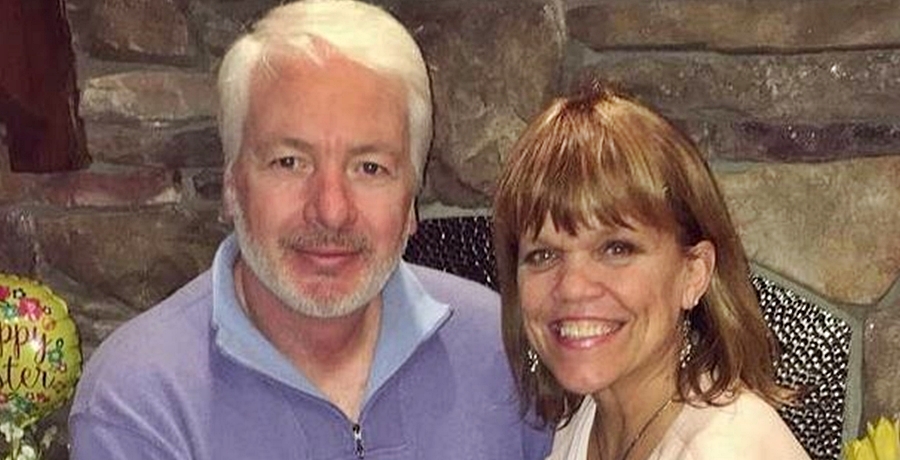 Amy Roloff seems genuinely excited about her upcoming wedding to Chris Marek. However, some fans think he has less enthusiasm for it than she does. Those people who love the matriarch of Little People, Big World hate the idea that it might not work out for her. A few clues seem to hint that perhaps he wishes she would back off the elaborate ceremony she plans.

Little People, Big World Season 22 revealed that the full-on big wedding arrangements might not appeal to the groom. Recall, his wife-to-be still hunts around before making a final decision on the actual wedding venue. TLC fans saw Amy get very snippy with him as he dared ask Matt a question about one space on the farm. Then, fans also saw that she still clutters a lot and her new home didn’t go down well with her man. After all, he tried clearing some space for himself, but she kept on finding more and more things. Known as a hoarder, clearly, she keeps that up. Actually, fans long predicted that might become a problem for their marriage.

In the show, Amy Roloff and Chris Marek also can’t agree on the dress code. Remember, way back, she told fans that Chris never had a wedding before. So, she felt determined to go the whole route with it. Well, he never married before, but he seems way less than keen on all the formality and suits and drama that goes with a traditional wedding. Fans knew from the get-go that he seemed quiet and unassuming, so it’s a bit strange that she never anticipated that. Well, when he suggested a casual wedding with Hawaiian clothing she shut him down, bang! Look who’s wearing the pants!

LPBW fans discuss the potential failure of the marriage

Some skeptics believe that Amy Roloff gives Chris Marek fame and wealth. However, Distractify reported that he does very well for himself financially. He runs a real estate business and could have a net worth of about a million dollars. Clearly, he doesn’t need Amy’s money. Additionally, he never looks too comfortable in front of the cameras, so he could probably live without the fame as well. While some Little People, Big World fans think they make a lovely couple, others are not so sure.

The speculation came when Amy Roloff talked about her wedding to Chris Marek this week. She shared a photo on Instagram on April 16. In her caption, she wrote, “Can’t believe that I’m getting married in just about 2 1/2 months. What? 💐. It’s coming up fast and lots to do. ♥️” One fan commented, “I sure hope you aren’t making a mistake by marrying that guy.”

A psychologist suggests that something’s off with Chris

In reply to the person concerned about Amy Roloff and Chris Marek, a fan claimed to be a psychologist, She chipped in her thoughts. Actually, a fan by the same name also claims that in their Pinterest profile. Well, there’s no way of knowing her profession for certain. However, she wrote, “I agree. There’s something about him that makes me think he doesn’t want to be married. If he truly wanted her to unpack before he moved in why didn’t his dusty behind help her. I’m a psychologist…”

What are your thoughts about Amy Roloff and Chris Marek possibly not being the perfect couple? Do you think he seems way less enthusiastic about the wedding than Amy? Sound off your thoughts in the comments below.