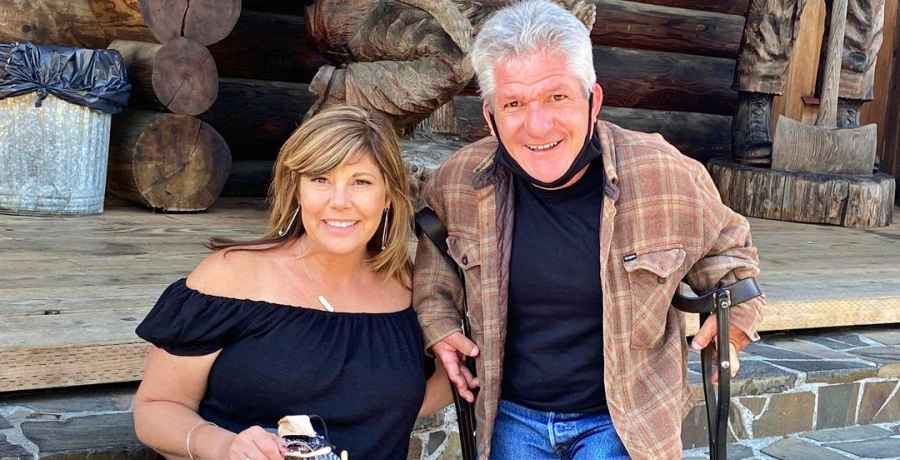 LPBW star Matt Roloff has taken the first major step towards building a new home with Caryn on the Roloff Farms property. He now has the daunting task of designing his new house. Matt recently shared an update on his Instagram to show how far he has come. While he is currently working on the layout of the new home, Matt is obviously doing well so far. There is no mention as to how long it will take him to complete the house so that he can Caryn can finally move in.

Matt Roloff is busy planning a new home where he and Caryn Chandler will move in together. He shared an image to his Instagram to reveal he is putting the finishing touches on the layout of his new home.

The LPBW star noted that it isn’t the easiest job to do, but he is “ready” and willing to get things going. The Instagram post reveals several people working on the layout of the house in a large field. Matt wrote that he is figuring out the exact layout of his new house and it isn’t as easy as we might think. He wrote that he only has one shot at exact positioning and layout, but he is ready. When the house is complete, Matt will move in with his girlfriend, Caryn Chandler. The couple has now been dating for more than four years.

Little People, Big World fans will recall the drama within the Roloff family relating to the residences on Roloff Farms. Amy Roloff, Matt’s ex-wife, used to live in the large house on the property.

Despite the fact that the home was vacant after Amy moved out, Caryn was loath to live in the same house that his ex had lived in. She mentioned in the March debut of LPBW that she would “never live in the big house. Ever.” It is certainly a better plan for them to move into a brand new residence, all of their own. This led to Matt building them a new house, where he and Caryn will live once it is complete.

House plans have taken some time

However, he has been working on the plans for some time. In October last year, the LPBW star shared an update about his plans. He wrote on social media that the logs were prepped for the new cabin and the lawns were all fertilized and mowed.  At that time Matt had been busy employing and training new staff for the summer season. In fact, he had been so busy he was going to have a rest until the summer season begins.

Now it seems he has rested enough and is raring to go on plans for his and Caryn’s new home on the sprawling Roloff Farms.

Brush Up On Brendan Morais Before ‘Bachelor In Paradise’
Roloff Farms Construction Resumes: Will It Complete Before Amy’s Wedding?!
Jinger Vuolo Shares Rare Photos Of Felicity, Celebrates Third Birthday
Pregnant Robyn Brown Popping Out Baby To Save ‘Sister Wives’?!
Wait, What? Does Isabel Roloff Plan To Raise Her Baby In A Van?