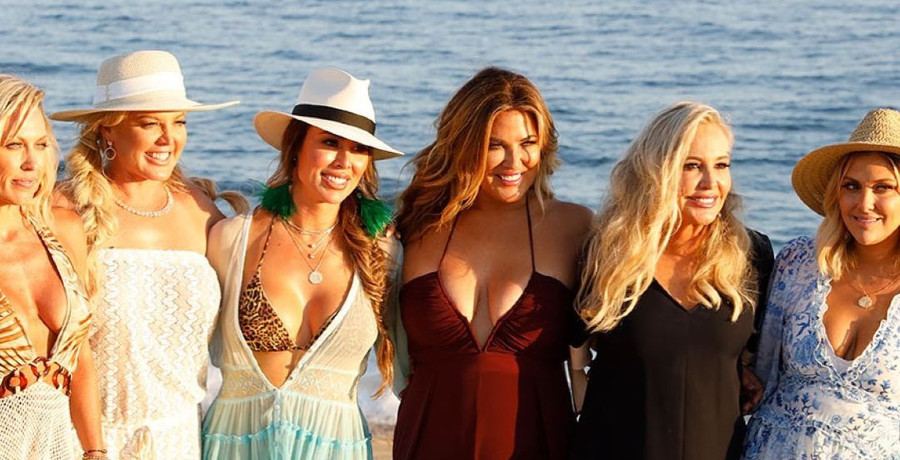 When Andy Cohen teased an RHOC reboot at the end of Season 15, he wasn’t kidding. Controversial housewife Kelly Dodd has been teasing all week that fans will soon find out her fate for another season. Is her time stirring things up done, or will she return as the RHOC Season 16 villain?

Kelly Dodd has been a polarizing personality since she joined the Real Housewives in Season 11. But her off-screen behavior during 2020 turned off a lot of fans who previously praised her as outspoken. During the height of the coronavirus pandemic, Kelly made several dismissive comments, including calling it “God thinning the herd.”

Some fans even called for Bravo to fire Kelly Dodd around the time they fired four Vanderpump Rules stars. But Andy Cohen defended Kelly’s right to say what she wanted to say, noting she’s not a politician. More recently, the Positive Beverage investor teased her possible return. She also butt heads with a fan who shared a negative review after meeting the RHOC star.

With Kelly Dodd dropping hints and Andy Cohen defending her, her return to RHOC was thought to be guaranteed. Well, SURPRISE. The embattled star will NOT be returning for another season.

Neither the  network nor Kelly has said the reason behind her exit. However, Kelly Dodd will likely issue some kind of statement, so keep an eye out for that.

Two Others Lose Their Oranges, Won’t Return For Season 16

Kelly Dodd isn’t the only one leaving RHOC. Fans took issue with the other Season 15 cast members at some point or another. Gina and Emily were slammed as boring. Shannon was branded a bully.

Elizabeth Lyn Vargas never took off with viewers. So, it’s not a huge surprise that she will not be returning for another season. She issued a lengthy statement on her Instagram, thanking Bravo and fans. Read her full statement below. She also changed her Instagram bio to read, “RHOC covid season 15 survivor.”

What about Braunwyn Windham-Burke? She dominated much of Season 15 with her social justice platform, and exploring her sexuality. She came out as a lesbian, despite her twenty-year marriage to her husband Sean Burke. Despite her fondness for the ladies, she has no intention of divorcing him. She also shockingly revealed in the premiere episode that she’s an alcoholic.

Despite her heavy presence, Bravo is cutting ties with the unpopular cast member. Fans – and her co-stars – thought Braunwyn was using the show for fame. Kelly Dodd made allegations during the season that Braunwyn was faking her alcoholism.

Braunwyn provided People magazine with an exclusive statement about her departure. She said that she is “sad” to leave, she would be “forever grateful” for the show.

So, Kelly, Braunwyn and Elizabeth are out. Who is in?

There have been a lot of rumors and speculation over possible RHOC alums returning. Some fans want Vicki Gunvalson and Tamra Judge back. The two left prior to Season 15 after the network tried to reduce their respective roles on the show. Despite a billboard in her name, Tamra Judge recently denied being asked to return.

Bravo’s team told People magazine that Heather Dubrow will return for Season 16. She previously appeared from Season 7 to Season 12. During her last season, she was at odds with Kelly Dodd. Is Kelly’s departure so that Heather will return?

On her Instagram, Heather Dubrow stopped short of confirming the news. Instead, she encourages fans to listen to her podcast later today. Andy Cohen is the guest and they will dish on Season 16.

Does it surprise you that Kelly Dodd is leaving? What about the other ladies? Are you happy with the RHOC Season 16 cast? Share your thoughts in the comments below.

Bravo has yet to announce when RHOC will premiere.