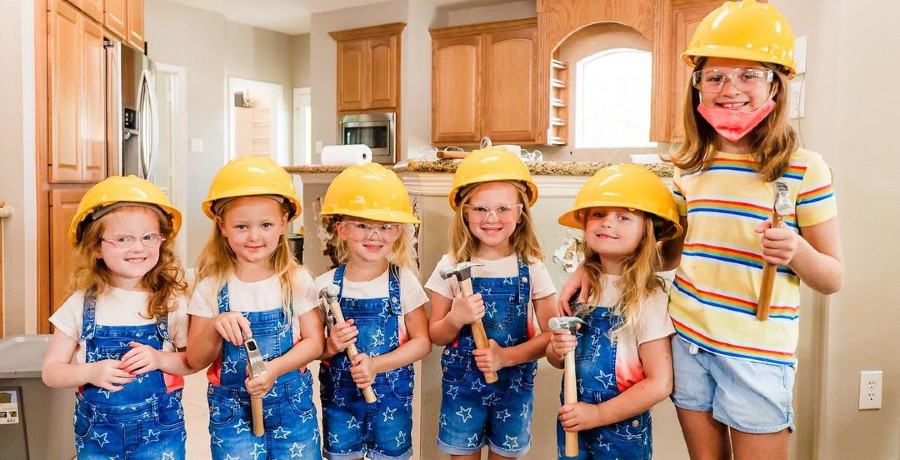 Are fans playing favorites when it comes to the Busby family? One member of the family gets way more reactions and love on social media than the others. Which Busby is the favorite with OutDaughtered fans?

The Busby family made their TLC debut just five years ago. Due to the network doubling up on seasons, Season 8 wrapped up earlier this year. Adam and Danielle Busby have six daughters – ten-year-old Blayke and quints Olivia, Ava, Hazel, Riley and PK (short for Parker Kate.) The quints turned six-years-old in April.

The five quints are record breakers. Why? They were the first all-girl quintuplets born in the United States. The TLC show follows as Danielle and Adam Busby navigate raising the six girls. During Season 8, Danielle was hit by a mystery illness that still hasn’t been resolved.

Playing Favorites? OutDaughtered Fans React to THIS Busby More Than The Others

Viewers of the show enjoy watching the Busby girls grow up before their very eyes. But someone in the family is a bit more popular than the others. How do we know? A recent post on the Graeson Bee Boutique Instagram showed fans’ clear favoritism just by looking at the comments and reactions left on each photo.

Danielle and Adam Busby started the boutique in 2019. They use mainly the girls to model the boutique’s clothes. One photo of the most popular quint received over 2k reactions and almost 50 comments.

By comparison, a photo of Adam Busby as a model earned only 1,300+ reactions and 13 comments.

And this kind of favoritism is typical across all social media platforms.

So, who is the most popular Busby quint?

Hazel AKA Hazel Basil. Could the favoritism partially be because she’s so easily recognizable in photos? When the Busbys post photos of twins Ava or Olivia, hordes of fans flock to the comments asking which daughter it is.

With her red hair and glasses, there’s no mistaking Hazel Busby!

Does Hazel Get Special Treatment From Her Parents, Too?

Fans clearly have a soft spot for Hazel. But do her parents also favor her over the other girls, including eldest daughter Blayke? When Hazel stayed home while the other girls went to cheerleading camp, Adam Busby took her on adventures close to home.

In a recent Instagram Stories video, Adam and the other girls tried on Hazel’s red hair with a filter. Does everyone want to be Hazel? It sure seems like it!

Did it surprise you that Hazel is the favorite Busby among OutDaughtered fans? Do you think Adam and Danielle give her special treatment? Share your thoughts in the comments below.

TLC has yet to announce if OutDaughtered will return for Season 9. Check back with us often for updates.