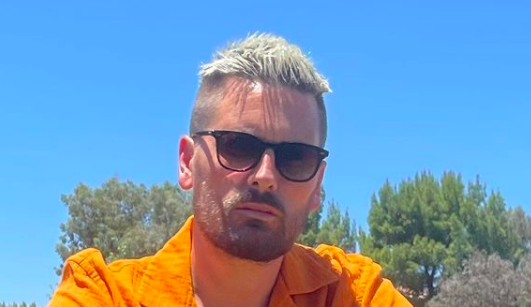 Scott Disick brought his girlfriend to tears on her 20th birthday. Don’t worry, it’s not bad. In fact, his gift was so great, it brought her to tears.

Keeping up with the Kardashians star, Scott Disick, has brought his girlfriend to tears. But, not in a bad way. In fact, she is crying because of the gift he got her for her birthday. Apparently, he got her a diamond-covered cross necklace Page Six says.

This all starts when Scott and Amelia went to a birthday party for the 20-year-old at Miami’s Papi Steak on Saturday night.

The necklace is large and sparkly of course. After fastening it around her neck, the couple shares a kiss. It’s clear that Amelia is so happy with her gift and with her boyfriend.

How does Kourtney Kardashian feel?

Scott Disick and Kourtney Kardashian have a huge history so it’s no surprise that fans constantly wonder when they will get back together.

While they aren’t together right now and don’t seem like they will be together any time soon, Kourtney still has her opinion on who Scott dates.

Right now, a source says that Kourtney is staying away. Apparently, she isn’t super supportive of Scott’s dating habits. It seems all his girlfriends are at least 15 years younger than him.

“Kourtney isn’t intentionally trying to hurt or ice Amelia out, she just doesn’t want to get too invested in who Scott is dating,” a source reveals about the relationship between Amelia and Kourtney.

The source confirms that this has a lot to do with the age difference. Apparently, Kourtney doesn’t want to get involved with any of the women unless Scott plans to marry them.

“Unless it becomes really serious, like Scott gets engaged, she’s not really bothering with it.”

Amelia “is not looking to be this super stepmom to his kids” and “doesn’t want to ruffle any feathers over Scott’s relationship with the mother of his children.”

Do you think Scott Disick and Amelia Hamlin make a good couple? Or, is the age difference too weird? let us know in the comments below. Come back to TV Shows Ace for more news on all of your favorite Keeping up with the Kardashians stars.